Kickin’ It with the AKAs, sorority helps promote women’s health 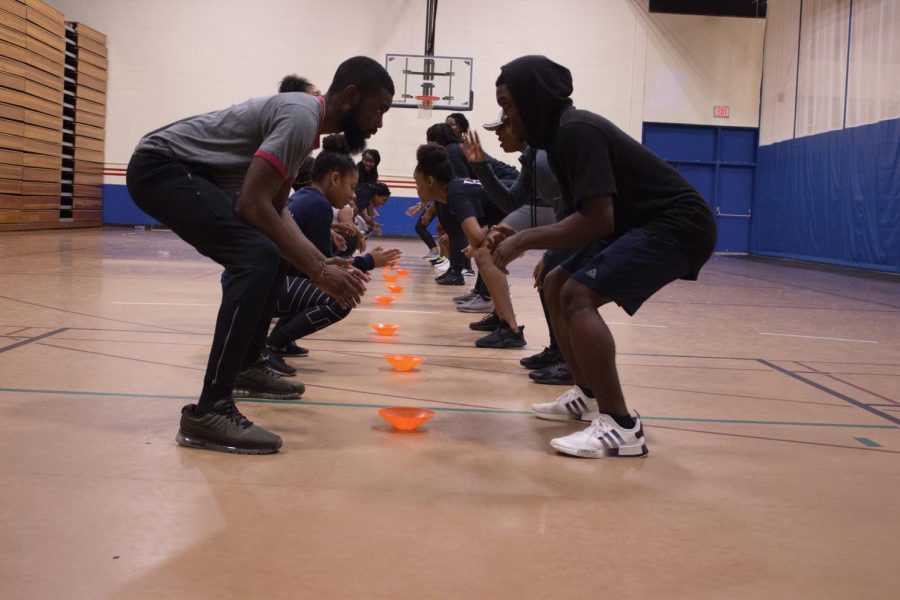 Students learn how to kickbox and to use different techniques.

FMU’s Alpha Kappa Alpha (AKA) Sorority Inc. invited students to kick away some stress at their Kickin’ It with the Iota Xi event from 6:30 – 8:08 p.m. on Oct. 30 in the Smith University Center gym.

Each year the AKA’s have a goal to promote women’s health and wellness and they decided to use their kickboxing event as a way to connect with students.

Walker Vivian, owner of Carolina Kickboxing Academy, which he runs alongside his wife, son and two other coaches, was the lead instructor for the event. This was the first kickboxing session that Vivian and his family have done at a college.

“It was definitely a lot of fun tonight and I plan on coming back to instruct more kickboxing classes here,” Vivian said.

Students arrived at the gym at 6:30 p.m. to get registered for the event and started kickboxing at 7 p.m.

Students were arranged in four lines and Vivian showed them the first kick of the night. After students learned the move, Vivian’s team backed up to the half-court line and held boxing pads for students to practice kicking.

After the first round of kicking Vivian gave the students a quick water break and increased the difficulty level for the next set of kicks, which included the roundhouse kick.

“I really enjoyed the energy of the students and they kept the same energy the whole time through,” Vivian said.

Vivian also showed the students how to fight with their elbows so they could eliminate the possibility of breaking their knuckles.

AKA chair Kristen Bolus was pleased with the number of students who came out.

“We wanted to hang out more with all the students and make our presence known on campus,” Bolus said.

The AKA’s said they have been getting more connected with the student body so that they can erase the negative stigmas people have about their organization.

“People normally think that we are stuck up and hosting events like this gives us a chance to dispel those stereotypes and actually build bonds within the student body,” Bolus said.

Justin Addison, a junior industrial engineering major, came out to enjoy the event.

“I really liked how we were able to learn self-defense moves and be active at the same time,” Addison said.