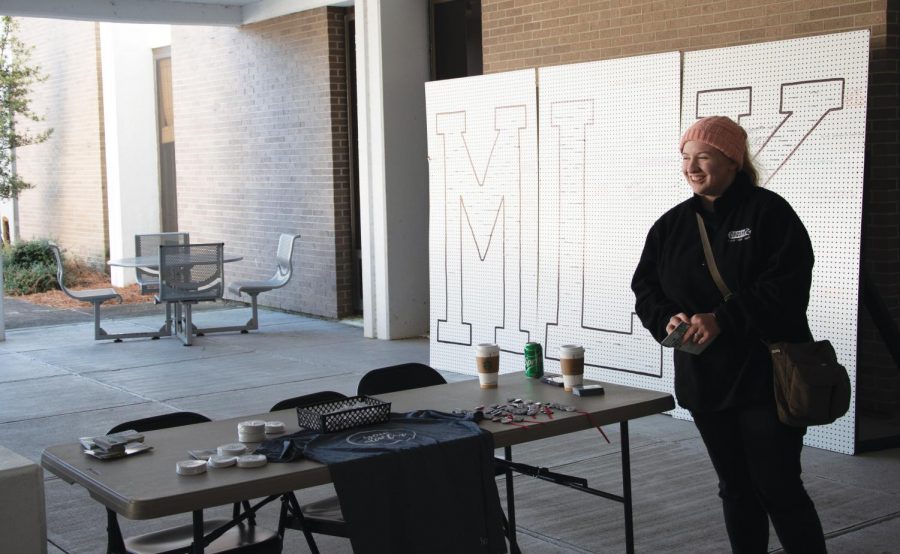 A table set up with souvenirs fo the "You Matter" event.

In honor of Martin Luther King, Jr. FMU Baptist Collegiate Ministry (BCM) members and volunteers gathered together in the cold weather to tell students how much they mattered from 9-1 p.m. on Jan. 21 in the Founders Hall Breezeway.

Along with other members of the organization, volunteer and member, Tabatha Muldrow and Mary Cross handed out stickers, pins and magnets that had either the words “You Matter” or a picture of King.

Cross emphasized how King was important and saw value in all people during a time when not everyone was seen as valuable.

Cross said there are so many people here on FMU’s campus who don’t understand their value.

“We live in a world that’s so technology-focused that we keep our eyes down on our phone and don’t understand that people are really craving connection,” Cross said.

The message that BCM members were telling students was also a part of a series that the ministry had started the week prior.

BCM member Christian Holloman was able to take part in telling people that they matter.

“The purpose of the ‘You Matter’ series is to help remind people that they have value,” Holloman said.

“God values us, so we should value others,” Holloman said.

BCM wanted students to know they mattered whether or not they were a Christian.

Muldrow said BCM is a place where everyone is welcome regardless of their religion.

“We are all in the same boat together,” Muldrow said. “It’s a place to find a family and people to do life with.”

Holloman said making sure people know they matter can change their perspectives and outlook.

“I feel like things like depression, anxiety and even thoughts of suicide will fade if someone knows they matter,” Holloman said.

Holloman said BCM wants to address the current issues that people and students undergo on a day-to-day basis.

“These are issues we all face today, and knowing that you matter, especially to God, is what BCM is trying to communicate,” Holloman said.

BCM will continue their series every Tuesday night starting with dinner at 7 p.m. and worship at 8 p.m.