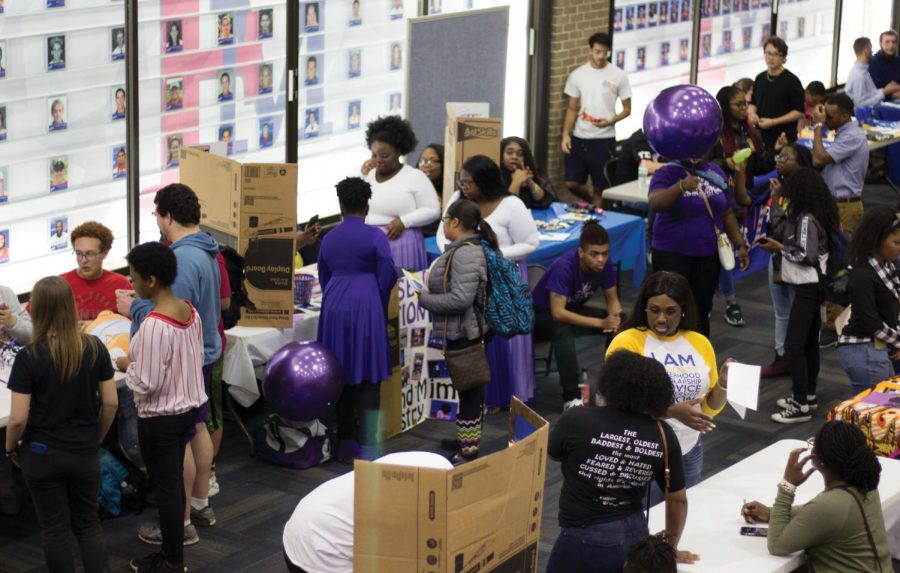 Students visit booths set up in the UC lobby.

FMU’s office of student life hosted its spring activities fair from 1-4 p.m. on Feb. 6 in the Smith University Center.

Each year the school puts on two activities fairs.

This year’s spring activities fair brought in more than 50 organizations hoping to recruit or bring awareness about their cause.

The event drew more than 300 students looking to find out about more clubs on campus.

There was a variety of clubs and organizations that came out for the activities fair. One of these was an organization called Campus Movie Fest.

Justin Wilson, a representative of Campus Movie Fest, said it is the largest student film festival in the world.

“We travel around to different colleges in the nation,” Wilson said. “We give students one week to make up a completely free five-minute film with a chance to win up to $50 thousand in prizes.”

Wilson said large corporations, such as Disney and Apple, sponsor and contribute a lot to the success of the organization.

At the end of the student movie film contest, Wilson and other representatives will host a big red-carpet event where students can dress up formally, take pictures and view the movie screenings of films from around the world.

Newer clubs, like the Us Too organization, came out as well.

Tylic Galloway, president of the Us Too organization and a senior psychology major, said this club came about in response to the #metoomovement on social media.

“Our club is different in that it expresses how sexual assault doesn’t just happen to women but also males and everyone of different sexual orientations,” Galloway said. “This is also different because it focuses just on college campuses and giving students a voice.”

One of the other new groups was the African American Education club.

“Here on FMU’s campus we don’t have a lot of African American professors,” Doe said. “We plan to get conversations started about integrating the school more, shaping leaders and teaching professionalism.”

Doe said the group started due to a group of African American students coming together.

Sororities and fraternities came out as well. They informed students about their organization and performed their different strolls.