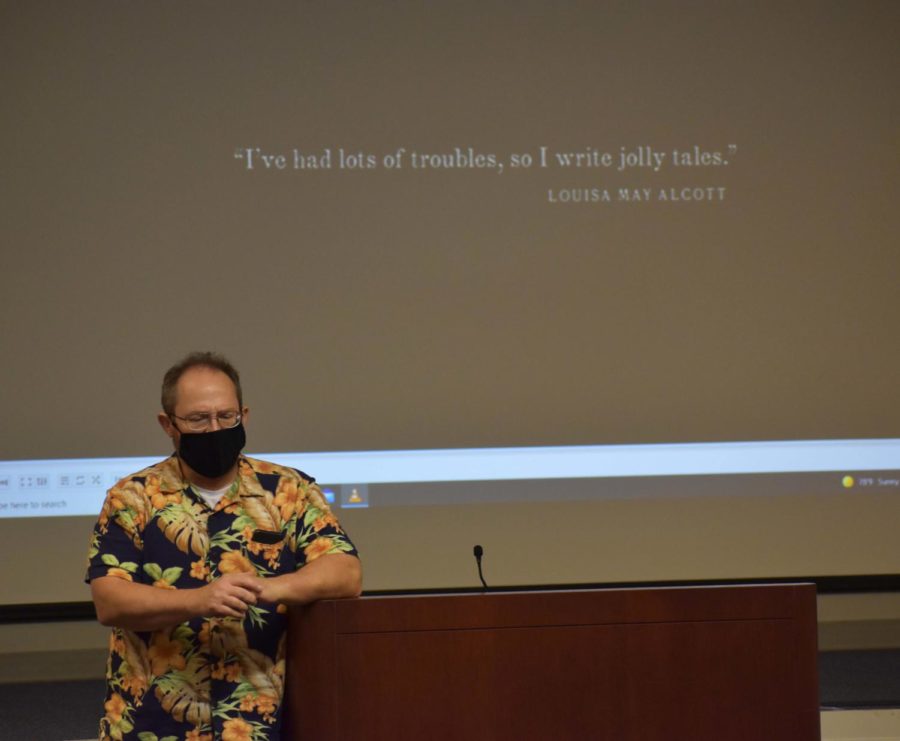 The English department showcased their second film of the semester “Little Women” at 3:30 p.m. and 7 p.m. on Nov. 9 in the Lowrimore Auditorium.

The English Film Series showcases two films per semester for students to come out and watch while also discussing their thoughts about the film.

Students discuss with the organizer and associate professor of English, Shawn Smolen-Morton, before the film about different genres of films. Afterwards, Smolen-Morten leads discussions on the film itself.

The purpose of the English Film Series is to “get as many people into the seats and watch a film that they wouldn’t have watched on their own,” said Smolen-Morton.

Many students at the showings had discussed how they had never seen a film like “Little Women.” According to Smolen-Morton, the film is a coming-of-age story that follows young women as they grow up and become middle class.

“I thought the film was really great and fun to watch,” said biology major Sherly Garcia. “I actually like being able to come and watch something and participate in something at Francis Marion.”

Different students watched the film all with different thoughts and motivations; some may have attended for extra credit for a class while others attended for the enjoyment of watching a film.

“I really like the film, I saw it in the theatre when it first came out and I saw the original one in the 90’s. I also read the book when I was little with my mom, so I really enjoyed the movie,” biology major, Eleanor Rosenberry, said.

According to the FMU website, the “Gender Studies” program is an “interdisciplinary field designed to allow students opportunities to study gender identities, experiences, and conditions through social, cultural, psychological, political, and theoretical lenses.”

“Little Women” is a movie based on a series of realities faced by women in the past, some of which are still relevant in today’s society. It was written by Louisa May Alcott as a semi-autobiography of her life. In the film, four sisters are experiencing lives from childhood to womanhood. The film allows for audiences to see the challenges and obstacles that women face as they get older. For example, in the film Jo was portrayed as getting married in the end and the book ending off as a happy ending while really, in reality, Jo never got married. In the past novels needed to end off as a happy ending for women according to the editor in the film. Either Jo, in her novel, could have passed away or been married off.

Another reality is that women were expected to get married. The aunt in the film wanted for the sisters to marry off rich because of their financial status. Jo believed that she was not ready to give away her freedom, so she denied marriage claiming that she did not need it. She believed that she could live freely and happy without being married, which is how she continued to live her life.