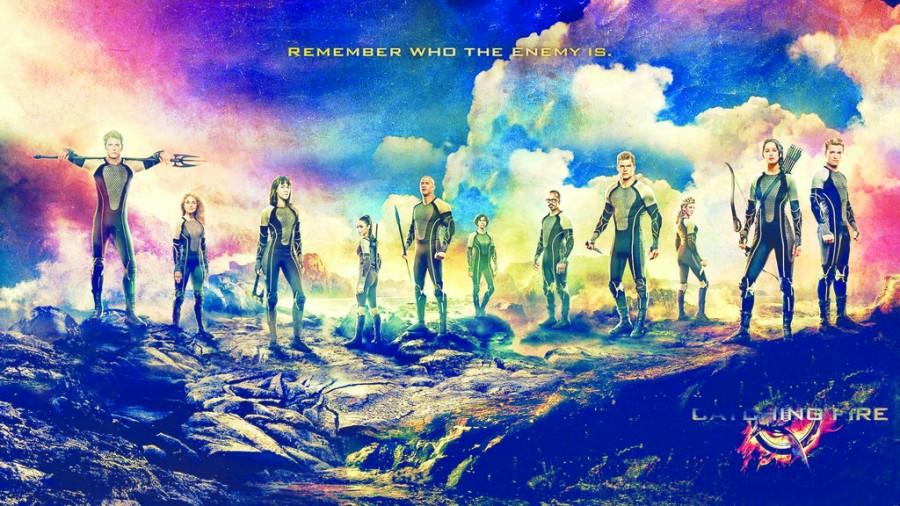 November 22, 2013 was the midnight release of the second installment in “The Hunger Games” franchise based on the novels by Suzanne Collins. Although I did not get a chance to watch the film until a week after the premiere, I know of many people who were more than eager to brave the long lines for a chance to be one of the first to view the sequel.

“The Hunger Games: Catching Fire” stars Jennifer Lawrence as Katniss Everdeen, the heroine who, along with Josh Hutcherson as Peeta Mellark, survived the 74th Hunger Games in the first film, after they refused to kill each other because they were “in love”. The sequel begins with President Snow, played by Donald Sutherland, informing Katniss that she and Peeta inspired riots in the districts when they threatened suicide in order for them both to survive the Hunger Games.

President Snow goes on to tell Katniss that she and Peeta must take a victory tour of the country and not only convince everyone that their “love” is real, but they must also convince President Snow himself, for if they do not, he will kill Katniss’ family and the family of Gale Hawthorne.

Now, in case you have not read the books, nor seen the first film yet, you may be wondering why this seems such a foreboding task, and who Gale Hawthorne is for that matter. Well, luckily, I am here to help catch you up.

Katniss, it seems, is in love with another boy in her district, Gale Hawthorne, played by Liam Hemsworth.  Ahhhh, makes sense now, huh?  Yeah, it poses a problem because Katniss has no feelings for Peeta; their tactic in pretending to be in love was strictly to survive the games.  By threatening to kill Gale’s family if Katniss does not succeed, President Snow hits her where it really hurts.

Alright, with my probably boring synopsis out of the way, we can get to the fun part of critiquing.  Everyone loves to critique, right?  Jennifer Lawrence blew me out of the water reprising her role as Katniss.  She really embodies the tough character and nails not showing emotion.  Josh Hutcherson does wonderfully as the adorable Peeta. As for Liam Hemsworth as Gale Hawthorne, well, he does not play a huge role in this film, but his smile is breathtaking, so we can forgive that fact.

Actors aside, the effects were amazing!  Explosions, electricity, water works, all of it was very well done.

Some of the film was shot in New Zealand and Hawaii, in case you were wondering, and you can tell by the breathtaking island scenes.

Some people who have read the books told me that this sequel followed the book more closely than the first film did, and it made them happier.  Kudos! That always makes a film adaptation of a book better!  I will have to read them myself to accurately judge this, however.