Melanie’s Mix – A Blend of Culture: “The ‘retweet’ seen around the world” 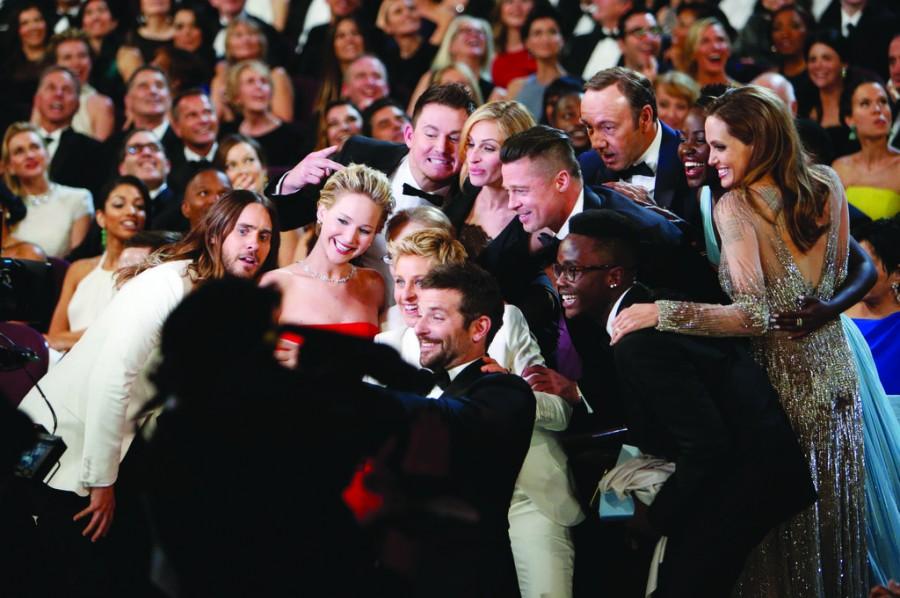 One of the coolest talk show personalities, Ellen DeGeneres, made history during her phenomenal Oscar-worthy performance as host of the 87th Academy Awards show on March 2, 2014.

Ellen entered unchartered waters and did it with style, as I expected.  In the history of the Oscars, only Ellen has put on an A-list pizza party, used Pharell’s famous hat as a “collection plate” for tips for the lucky pizza delivery guy and posted a celebrity group selfie that “broke Twitter” due to the massive amount of “retweets,” all live while hosting the Oscars!

I am not personally a huge fan of awards shows; I usually just watch the coverage of the red carpet, if that, and move on to something else on television. However, after learning that Ellen was hosting the Oscars, I decided I’d stick around after the red carpet and actually watch the show. Needless to say, I am thankful that I did and was fortunate enough to witness Ellen in all of her greatness.

I think the bigger picture (pun intended) is not so much about the photo “retweet” seen around the world, but more about how one event and one small thing can connect some many individuals. The premise of social media is to connect with a large scale of people at once, which I believe is a beautiful thing. Some people study the importance of social media in this day and age in terms of business promotion, but when I think of social media, I focus more on the essence and brilliance of it all.

As a curious soul, I can’t help but wonder what’s next. What will be the next big development that changes how we all live our lives? So far in my life, social media has definitely been “the thing” that changed the course of history. It’s out of my intellectual scope to even imagine what could possibly be next, but knowing something else progressive and innovative is out there is what keeps me engaged and excited about technology, although I admit, I am sometimes apprehensive or slow to warm up to new things.

Many people fear that the use of social media replaces human interactions, but I’d argue that digital relationships are simply a form of modern communication. I think social media facilitates connections on a larger scale today than was ever possible 50 years ago.  I’m connected with an estimated 1.8 million Twitter users who also “retweeted” Ellen’s photo post, making it the most “retweeted” photo in Twitter history. For obvious reasons, this wouldn’t have been possible without social media, but on a more thoughtful scale, this is precisely what social media is all about.

Until the next big thing comes along, I will continue sharing unnecessary Facebook statuses, posting Instagram selfies and “retweeting” Ellen’s amazing celebrity group selfies. Why? Because these things connect me to masses of other people on a social level.  Besides, I’m only 21, and it’s acceptable.