Rebekah’s Report -A Politcal Review: Government on ice for ALS 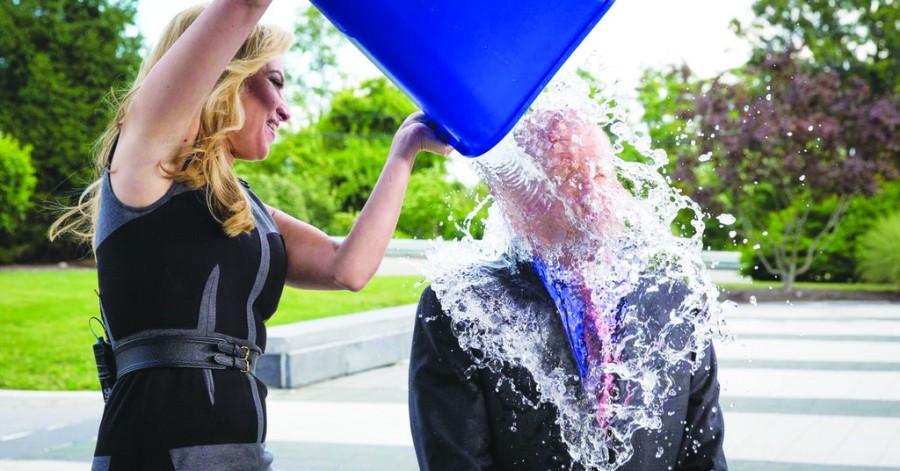 The Ice Bucket Challenge has become a huge phenomenon circulated via social media, having now reached the ears of prominent politicians. The challenge began when a Boston man suffering from Amyotrophic Lateral Sclerosis (also known as Lou Gehrig’s Disease) and his family wanted to raise awareness for the condition. News of this family traveled to Boston College’s baseball team, who coined the idea of the “Strike Out ALS Ice Bucket Challenge.”

After having been chosen by a colleague to participate, the person challenged has to post a video in which a bucket of ice and water is poured on top of his head. Three other people are challenged after posting the video and are given twenty-four hours to complete the challenge. If those challenged fail to complete the task, they have to write a check for $100 the ALS Association.

As videos of The Ice Bucket Challenge went viral, high-ranking government officials and celebrities were challenged, and accepted. New Jersey’s governor, Chris Christie, challenged by the CEO of the New Jersey Devils, Scott O’Neil, completed the challenge. He chose U.S. Senator Cory Booker, Jimmy Fallon and Mark Zuckerberg to participate next. Alaskan Senator Lisa Murkowski took the challenge to the furthest extreme seen yet; she challenged every member of the U.S. Senate as she jumped into a 30-degree pool.

The ALS Association has tallied over $5.7 million in donations since late July. The donations have nearly quintupled since this time last year. The Ice Bucket Challenge has brought in five times as many donations than in 2013. The donations are being used to improve collaboration with other ALS groups as well as work with companies to discover new treatments pharmaceutically.

All of the publicity has promoted awareness of the MODDERN Cures Act, designed to accelerate the research of ALS, remove obstacles against research, ensure the treatment needs of diseases that are medically unmet, as well as grant patients the ability to have access to new treatment and technology as early as possible. According to the National Health Council, 40% of United States citizens suffer from long- term disease and disability. Of that percent, 25-50% of treatments are not effective on the patients. The passing of this Act would provide more expedited treatment and would increase the availability of treatment, providing relief to thousands nationwide.

The Ice Bucket Challenge is evidence of how something small can turn into a nationwide collaboration to raise awareness and provide solutions to a common cause. The United States Government and the ALS Association are working together to find treatments that work.  The Ice Bucket Challenge is continually growing in effect. Hundreds are being touched by it daily. With a little creativity, the eyes of a nation can be opened, and hands can work together towards achieving the same goal.