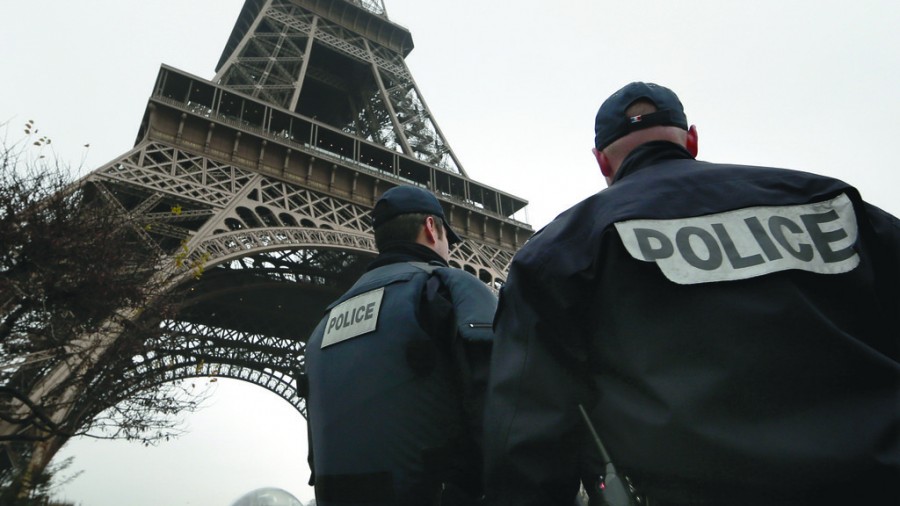 Over the winter break, news stations all over the globe reported about the attacks on Paris. On Jan. 7, the offices of a satirical publication, Charlie Hebdo, were attacked after the magazine produced images that were considered offensive by some Islamic groups. That attack left twelve dead. The next day, a man associated with the attack at Charlie Hebdo shot a policewoman in southern Paris. The same man who shot the policewoman held four more citizens hostage on Jan. 9 at a kosher market. Tourists and citizens alike were shocked and afraid during that time.

Francis Marion University (FMU) sent a handful of students to France for an exchange semester while all of the distress was going on in Paris. The students went to Caen to experience French culture while studying. One of those students, Michael Wachowski, shared his experiences and a little bit about what some of the French students feel on the subject.

On Jan. 11, the group went onto the plane; Wachowski was excited to be going. The group did not encounter any big problems getting off of the plane in France or going through customs. Their travels were not left untouched by the attacks and riots though. The group had originally planned on taking a taxi from the airport, but a rally happening in town prohibited them from getting through. The detour required them to take the subway to the train station instead. Once at the train station, the trip became more relaxing for the group. Many of the students enjoyed sleeping on the train overnight before going to the university the next day. The students did arrive safely at the university. Despite the strife occurring in France, FMU’s exchange student will continue to study abroad.

“Terrorism has not affected them at all basically,” Wachowski said when asked how the terrorism has affected the people. “They rallied around free speech and that was it, other than tightened security.”

He said that the people of France see the situation differently than Americans do. Many other Frenchmen saw how the magazine could be upsetting.

“They saw what these people did as going way too far and infringing on free speech,” Wachowski said.

Wachowski also said that many people did see Charlie Hebdo as the victim. Because the magazine did not harm anybody and stayed within its boundaries of free speech, many people saw the attackers as the group predominately in the wrong.

Many people in American also see Charlie Hebdo as the victim. In response to the attacks, the magazine published a now well-recognized photo of Muhammad holding a sign saying, “Je suis Charlie” with the slogan, “Tout est pardonné,” meaning all is forgiven. The magazine wanted its readers to know that they were alive and well.

The Muslim community is still upset over Charlie Hedbo’s front pages. Thousands have been marching and rioting in Chechnya, a country also known as the Chech Republic. They are still marching, chanting disturbing messages like, “Death to France.” As the government of France tries to deal with recovering from the attacks, tension still exists amongst these Islamic communities.

This has raised a lot of talk about how to read the news and how to interpret media. The magazine was well known to be a satirical magazine; it made jokes and poked fun at every different demographics. The publication was intentionally offensive towards everybody to be funny. More and more satirical publications are popping up. It is becoming increasingly important to process what is available online and in print to know how to interpret it.