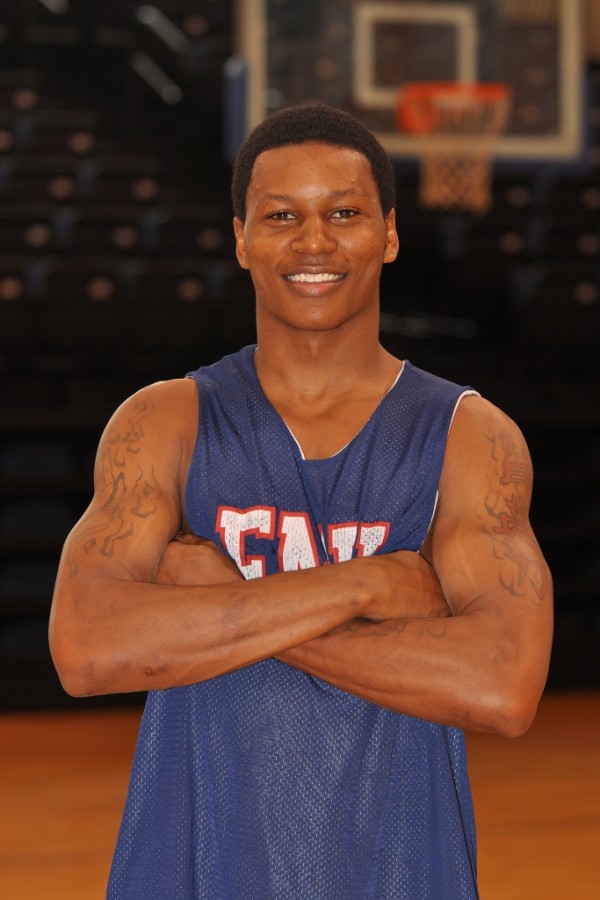 It’s November, which means a few things: cooler weather, the second half of football season (for most schools) and basketball. The Patriots’ men’s basketball team will open their season on Nov. 16 against Allen University at 7 p.m.

Senior swingman Simel Boyd hails from Ridgeville, S.C., where he attended Cross High School. In 2008 Boyd was named the PBC Freshman of the Year. Boyd ended his junior season as a 2nd team All-Conference player, and he is starting this season as a pre-season All-Conference player. He was recommended by Patriot head coach Gary Edwards as a player Edwards thought was ready to have a big impact for the Patriot squad in the upcoming season.

“Simel was my first recruit here at FMU and he has done a great job on and off the court,” Coach Edwards said.

Boyd detailed his personal goals for the season.

“[My goals are] to lead my team to victory each and every night, to be a better team, just try to get better throughout the season, win games and prove the conference wrong,” Boyd said. “We’ve got a lot of people doubting us this year, so every day we go in, we’re going to try and fight hard.”

The Patriots begin the season ranked 8th out of 13 teams in the Peach Belt Conference, which the players find disappointing due to the fact that they finished last season with an 18-10 record.

“We pay attention very closely (to the polls),” Boyd said. “The day before practice our coach handed us a sheet, and it hurt. We’re just going to go into every game with a chip on our shoulder.”

“He has also maintained a solid academic record,” Edwards said.

Boyd explained how he handles that task.

“It’s difficult,” Boyd said. “Most student’s just go to class, do their work, then go back out. But we have practice after class every day. It’s kind of hard but we adjust to it. I’ve been doing it for four years so it’s kind of easy now since it’s my senior year.”

Edwards continued with praise for his star player.

“He has improved on the court each year and I think he is ready for an outstanding senior season,” Edwards said. “He is a wonderful ambassador for Francis Marion and our basketball program.”

The Patriots have a pre-season game Nov. 5 at the College of Charleston before opening their regular season with four straight home games. They play Allen University on Nov. 16, Coker College and St. Andrews in the Zaxby’s Tip-Off Classic on Nov. 19 and 20, and Morris College on Nov. 23.

Fan support can be a big foundation for a team to kick off their season on the right foot.

“We appreciate the fans a lot, but in the past years they haven’t been too much on our side,” Boyd said. “This year we’re going to prove them wrong and give them a reason to come out to our games and support us.”

According to Boyd, he owes his success to his family and God.

“…without them, I wouldn’t be here,” Boyd said. “Without God, I wouldn’t have the athleticism to be able to play ball each and every day. I want to thank my team, my family, God and everybody who supports us.”

Boyd’s final goal was clear. When the end of the season was mentioned, he did not hesitate to state where he wants his team to end up. He said he and the team will do what they can to achieve one final goal.