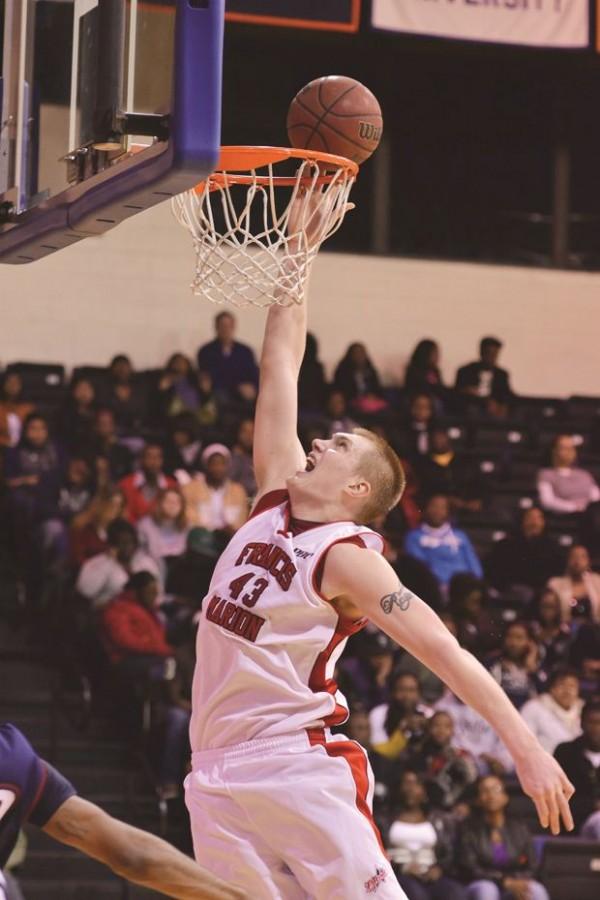 On Jan. 12, the Patriot men’s basketball team gave students a treat as they overcame USC Aiken to win in the first game of the new semester.

Not only were students treated to a good game, but they were also treated to a free meal and karaoke before the game. The Patriot women could not pull out a victory in OT, and they fell to USC Aiken 74-66.

Though getting off to a slow start and falling behind 28-14, the Patriot men would not be denied their victory in this physical conference match-up. USC Aiken’s loss would be the third in a row for a struggling team.

The Patriots’ scoring was evenly distributed as junior forward Liki Turner lead the way with 16 points, while senior swingman Simel Boyd and junior guard Shawn Greenfield contributed 13 points of their own. Senior guard-forward Dominique Coleman was sharp as well as he connected on all three of his 3-point attempts to compile 11 points of his own.

Coach Gary Edwards referred to the team’s 62-61 loss on January 8 that saw Augusta St. go on a 13-0 run to win in the final seconds.

Edwards went on to comment on his team’s toughness.

Junior forward Liki Turner commented on his own performance.

“We were just trying to go out there hard today,” Turner said. “We went out there with a chip on our shoulder from last game when we lost to Augusta at home. I knew I had to play well to get a victory for our team today. Aiken is a tough team to play with. You’ve got to be mentally and physically focused to play them.”

The Patriots lead 36-33 at halftime, and then outscored USCA 50-46 in the second half to complete their seven point victory. The team also shot very well from the free-throw line, connecting on 33 of 44 attempts, and from the 3-point line, hitting seven of 12 from behind the arc. Liki Turner and Freshman Guard Evrik Gary hit all six of their free-throw attempts.

The win only solidified the Patriots place in the middle of the PBC East division. The Patriots will continue to battle PBC opponents until their final regular season game against Armstrong Atlantic on Feb. 26.