Turner finds his place on basketball team as starting forward 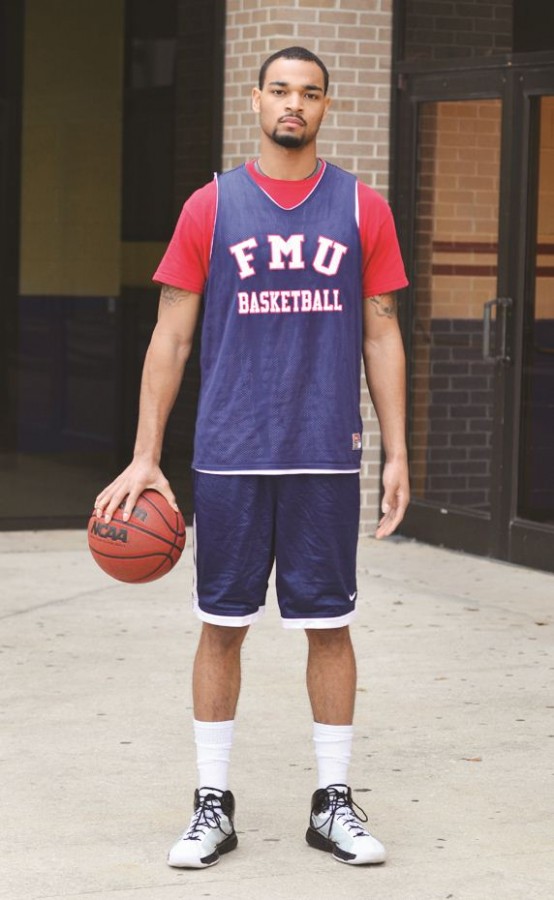 After being red-shirted for a year, Liki Turner has found his place on the men’s basketball team as one of the starting forwards.

Standing at six feet five inches and weighing 215 pounds, Turner is known for his athleticism on the team.   Turner transferred from Shepherd College to FMU where he played for two seasons.  During those seasons Turner proved that he could compete in Division II by averaging 14.3 points per game and 8.1 rebounds per game.

In 2008 during his freshman year he was awarded the WVIAC Freshman of the year award after tallying 14.6 points per game and 8.9 rebounds per game. His career totals for that year were 823 points and 486 rebounds.

Turner was born in Richmond, Va. where he would spend his childhood. His curiosity for the sport was inspired by his older brother.

“I was fascinated by him,” Turner said. “He was really good, so that got me started.”

Turner started to play recreational AAU basketball in eighth grade. Turner said that when he first started playing, he was taller than everyone else.  Turner really enjoyed playing in the recreational league and his team went to Florida for the National Tournament a couple of times.

“The recreational league was a good experience,” Turner said. “From then on out I started to get really serious about basketball.”

After graduating from high school, Turner played on the Shepherd College basketball team for two years.  When Turner transferred to FMU, he was red-shirted due ankle surgery.

Turner is classified as a junior, and is a business major at FMU.  He is not sure exactly what he is going to with his degree. Turner said that he would prefer to do something pertaining to his major, but he has not ruled out possibly coaching in the future.

Turner said that in his free time he likes to shop for new clothes and browse the internet.

“I am kind of a clothes freak,” Turner said. “I also like to work out, hang out with my team mates and have a good time.”

Turner doesn’t have a specific favorite NBA player, but he does have respect for a lot of the players.

“There are a lot of good players in the NBA,” Turner said. “Everyone loves the Kobes and Lebrons and you have got to look up to their game. Anything that I can take from watching them can help my game.

As a forward Tuner said that his responsibility is basically to guard the court everywhere inside the three point line.

“When I play I just try to stay focused and have the right mindset,” Turner said. “You have got stay positive and try to focus on team work.”

Right now the men’s basketball team is 13-6 total and 6-5 in the conference. They are ranked second in their division, with seven games left in their conference.

“We are trying to get a number one or two seat in the conference to seal the deal for a home playoff game,” Turner said.