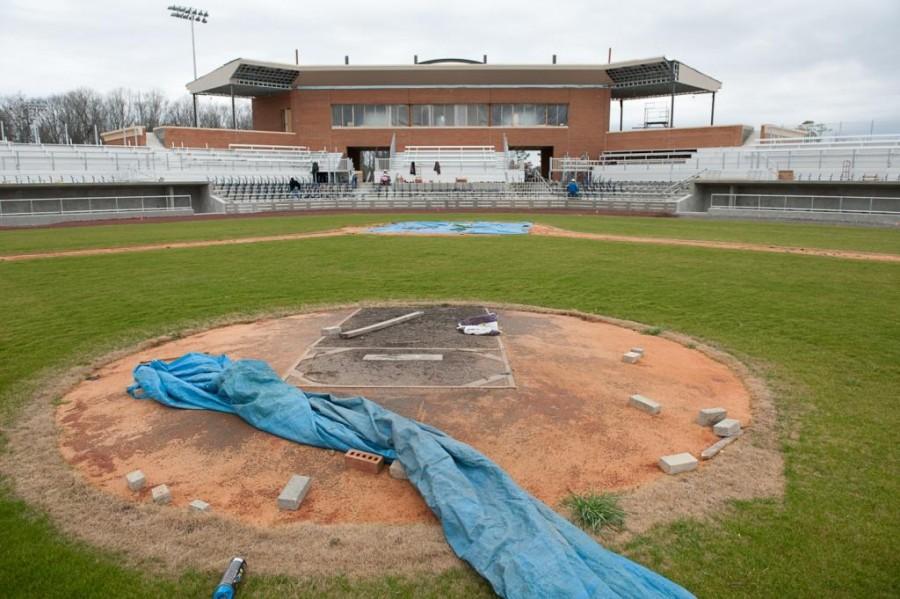 After winning the Peach Belt Conference regular season championship for the first time in school history last year, the top-ranked Francis Marion University baseball team has reason to be excited about the 2012 season.

The Patriots enter the 2012 campaign ranked first in one NCAA Division II pre-season poll and second in another.

Head coach Art Inabinet welcomes back 15 of 30 players from last year’s 41-16 squad that won the program’s first-ever Peach Belt Conference regular season championship, equaled the highest win total in the program’s history, earned a bid to the NCAA Division II Tournament (lost in the Southeast Region title game for the second year in a row) and ended the year ranked 9th in the country.

Inabinet believes that unity is key to the success of this year’s team.

“We are trying to form some good chemistry,” Inabinet said. “We make sure we spend as much time together as we can on and off the field.”

All eyes for FMU will be on the 2011 Peach Belt Conference Co-Player of the Year, senior centerfielder Buddy Sosnoskie (.396, 10 2Bs, 9 3Bs, 1 HR, 45 RBIs, 9-16 SBs). Inabinet was quick to praise Sosnoskie, who played Division I baseball at Virginia Tech before coming to FMU.

“I have no reservations that Sosnoskie will get to the next level,” Inabinet said. “Buddy is a very special player.”

This season is also unique for the Patriots because of the new Gerald R. Griffin Athletic Complex near the campus. The $11.1 million project features the new home for FMU baseball, Cormell Field at Sparrow Stadium, which seats 1,500. The stadium opens in March.

Inabinet said that the stadium gives the team a new home where FMU can start a new tradition.

One of the signature moments for FMU and Cormell Field at Sparrow Stadium will take place on April 11, when the Division I Baseball National Champion South Carolina Gamecocks visit the Patriots.

Senior infielder Brock McAllister believes that the meeting between the two will be beneficial for his team.

“It’s always good to play against good teams,” McAllister said. “This game will be two of South Carolina’s best schools playing against one another.”

Inabinet said that the game will provide the city of Florence with an opportunity to celebrate not just a game, but a grand event.

“Saying it’s a hot ticket will be an understatement,” Inabinet said.

The FMU coaching staff knows that with expectations as high as they’ve ever been, staying focused on each game is important. Inabinet gave credit to his older, veteran players on the team for helping the team keep perspective and not get caught up in the attention the Pats have been receiving so far.

With quality returnees like Sosnoskie, Wilson, designated hitter John Jones, pitcher Jarrott Hooks and right fielder Tyler Boyd, along with a host of newcomers, like infielder Tyler Hipps and Univ. of South Carolina transfer Spencer Jordan, the Patriots look forward to the 2012 campaign being another historic season.

The season starts for FMU at home against Limestone College on Feb. 4.