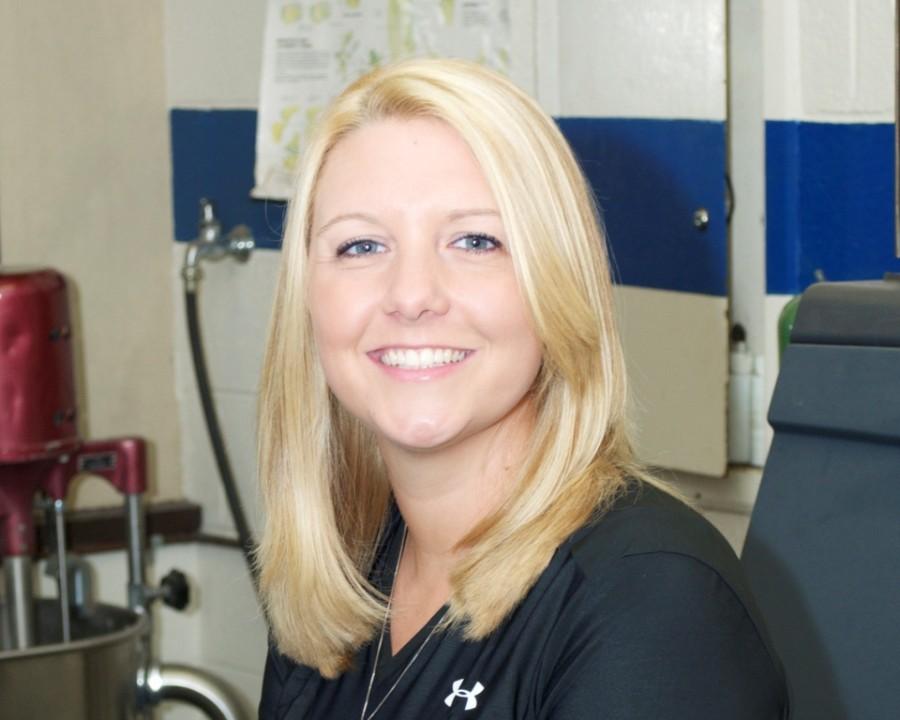 Boob, who comes to Florence after three years of serving as an assistant trainer for one of the Patriots’ biggest Peach Belt Conference foes, Lander University, said she has big shoes to fill.

“I’ve heard that Spyder lives, bleeds, and breathes Francis Marion blue and red,” Boob said. “He is such a legend, not only at Francis Marion, but in the Peach Belt Conference. He was a great asset to Francis Marion and the city of Florence.  He really transitioned the program while the athletic department evolved and grew, as well.”

Along with her position at Lander as assistant trainer, Boob served as a clinical instructor and lecturer for the athletic training education program.

Boob expressed excitement about the transition to FMU, but said leaving Lander was not an easy decision to make.

“It was very difficult because I was over there for three years and I had become a part of a family as opposed to just being an employee,” Boob said.

Boob said the responsibility of being a head athletic trainer played a role in her decision to join FMU. The 27-year-old also said because the Patriots still play in Division II, and most of the Pats’ athletic clubs compete in the Peach Belt Conference, the transition was smooth.

As a head athletic trainer, Boob is responsible for managing insurance, making all decisions that take place in the training room, handling different coverages for sports, and being the messenger between the athletic director and the athletic training department.

Senior FMU women’s soccer midfielder Kelly Kady said there are many advantages to having Boob as the new trainer.

“From their point of view, I guess sometimes guys feel like girls are faking it when we get hurt,” Kady said. “Having a girl works for us because she understands when something is really hurting, especially when you get frustrated with injuries and all you want to do is kick, scream, and holler.”

Kady also said it’s more convenient for her team to have Boob because she represents someone with whom the women’s soccer team can relate.

“Our head coach is a man and our assistant coach is a man, so if we ever need anything or ever just want to talk to another girl, Reghan is in that position where we can confide in her or speak to her about something personal,” Kady said. “She understands our emotions.”

During his nearly four decades as head athletic trainer, Webb was famous for his sense of humor and his big personality. Boob said though she may not have the personality of Webb, she has accepted the challenge of building relationships with the student athletes and especially the coaches.

“I’ve talked to most of the coaches,” Boob said. “We all even went to a Red Wolves game. I’ve had great conversations with the coaching staff. They have made me feel very welcome. It sounds like the coaches are OK with the fact that some things will change from the way Spyder did them.”

Boob said she is looking forward to years of service in Florence at Francis Marion University.