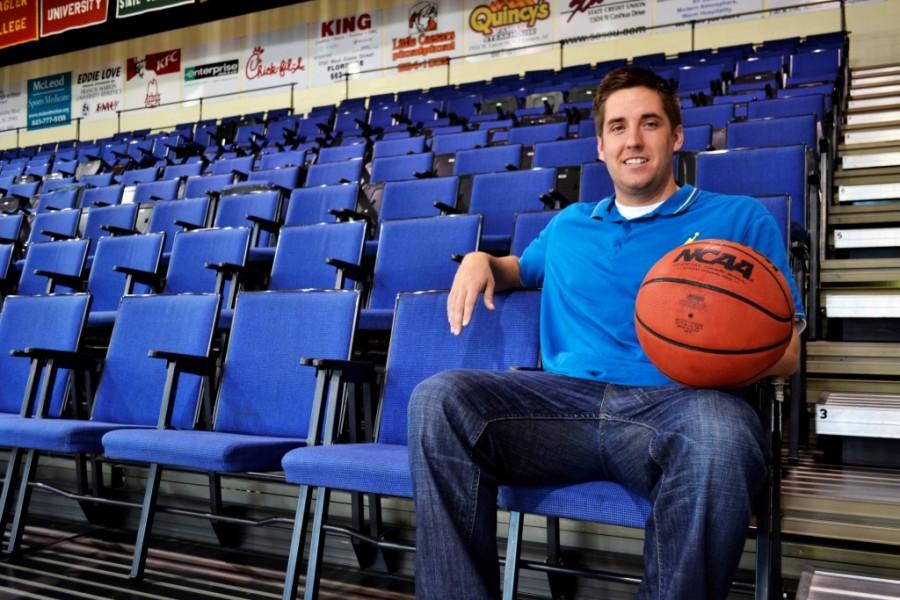 Last year, the Patriot men’s basketball team finished with an overall record of 16-12 and a Peach Belt Conference record of 9-9. But a new season means fresh faces, including new assistant coach Sean Sweeney.

Sweeney will step in to be part of the three-man coaching squad, which also includes fourth-year assistant coach Crayton Jones and seventh-year head coach Gary Edwards.

Sweeney hails from Philadelphia. He graduated from Charleston Southern University in 2010 with a B.S. degree in criminal justice. While at CSU, Sweeney played two seasons on the Buccaneer basketball team. He attended CSU after transferring from Penn State Brandywine.

After graduating, Sweeney served as the director of basketball operations at Charleston Southern for the 2010-11 season. At the same time, he worked as an athletic office assistant for the school. The next year, Sweeney served as an assistant coach at North Charleston High School. In Sweeney’s one season with the team, the Cougars would win the 2A state championship.

This will be Sweeney’s first season as part of the FMU coaching staff and he comes in with high expectations.

“I’m very excited to be coaching this group of players in an assistant role. I think we have a great group who is talented and willing to learn. To be coaching at the top level of Division II basketball is very exciting,” Sweeney said. “FMU is different than CSU because it’s a Division II school and CSU is Division I. But we play in the Peach Belt Conference which is a great Division II conference.”

Sweeney also said that the new additions to the basketball facilities are “amazing” and that he likes the weight room.

“The opportunity to work for Coach Edwards, who is a proven winner in his career, is very exciting. I’m also excited to be at Francis Marion because it is a great academic and athletic school,” Sweeney said.

Sweeney is also involved in FCA (Fellowship of Christian Athletes) and Athletes in Action.

“We have great returning players and a skilled incoming class,” Sweeney said. “We are changing our pace of play this year and we are trying to bring an exciting brand of basketball to FMU.”

Make sure to watch for Sweeney and the Patriot basketball team as they kick off their season at home against Morris College on November 19. The team will play seven of its first ten games, including its first four games of the season, at home.