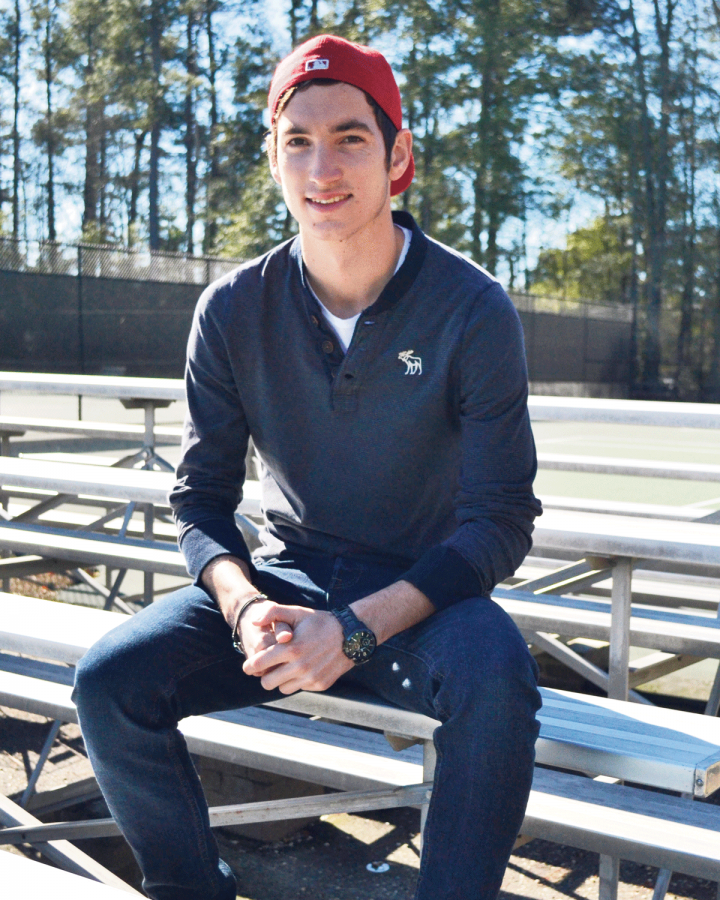 The FMU men’s tennis team is entering this season ranked 20th in the country among Division II. A large part of this year’s success falls on the shoulders of senior management major Alex Caspari.

Hailing from Hurth, Germany, Caspari enters the upcoming campaign as the only senior playing for the men’s team and his talent has been recognized. He is ranked tenth nationally among Division II men’s single players.

Caspari said he is accepting the leadership role he faces this year.

“Being the only senior on our team of course brings a lot of responsibilities into the coming season,” Caspari said. “Being a senior also means being a leader and I am trying to lead the team by practicing hard and just trying to be a role model on and off the court.”

Caspari has seen success so far in his time at FMU. Last year, he posted a record of 14 wins and only two losses. He had a record of 8-1 against Peach Belt Conference opponents and was voted most valuable player (MVP) by his teammates.

Caspari was grateful to be recognized by his peers.

“Getting the MVP award last semester was the biggest thing for me,” he said. “I mean it’s great to get awards like All-Conference, but when you get voted by your own teammates, it is just an awesome feeling.”

Caspari said he seeks to return the favor by using what he’s learned in his time at FMU to help him contribute to this year’s squad.

“I think in the last three years, I have learned a lot from my teammates and I am just trying to help my teammates as much as possible with tennis as well as school issues,” he said.

In doubles play, Caspari and sophomore business management major Gavin Davison posted a mark of 13 wins and four losses for the club, including a 4-3 record against nationally-ranked opponents.

Both the men’s and women’s tennis squads have already seen some action this school year. Both teams participated in the ITA Southeast Regional Championships at the end of September. Caspari played well and reached the semifinals of the tournament.

After the Patriots wrapped up their semester practice, Caspari took a couple weeks off before returning to the gym and the tennis court to prepare for the coming season. His preparation extended beyond that, though. At the conclusion of last season, Caspari returned to Germany to play there and keep himself in shape.

Realizing that his time at FMU is winding up, Caspari has thought about what lies ahead for him after graduation.

“After I graduate in May, I will go home to play League tennis for my club in Cologne and give some tennis lessons to earn some money,” Caspari said. “Academically I am going to apply for universities in Germany to get a Master’s degree in either sports management or international business.”

Watch for Alex when the Patriots open their season at home on Feb. 2 against Barton College before taking to the road for their next five matches. They will return to the Kassab Courts at FMU on Feb. 23 to take on Columbus State. Out of conference match-ups this year include matches against Gardner-Webb University, Tusculum and Concordia College in New York.