Patriots kick out a win against Wolves 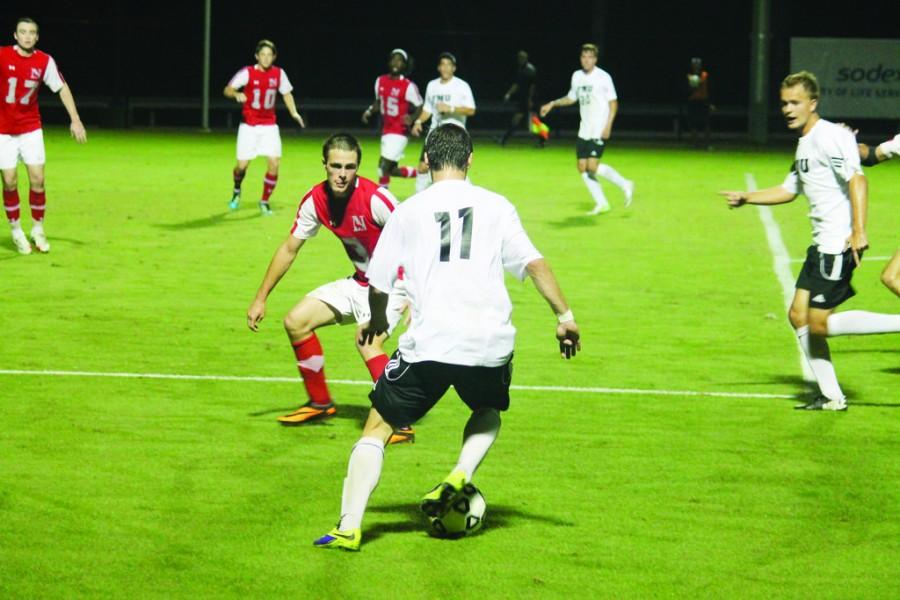 The Francis Marion University (FMU) Patriots defeated Newberry College Wolves 3-2 in overtime during a home match on Thursday, Oct. 16. Going into the game with a loss from their prior match at Young Harris, the Patriots were determined to pull a win at home as a form of redemption. For junior goalkeeper, Logan Fisher, a win was important.

“The team needed to a win from the loss [at Young Harris] in hopes of winning the conference,” Fisher said.

The game started off with several attempts by the Patriots to score, but they were blocked by Newberry’s goalkeeper, Patrick Sweatt. FMU goalkeeper, Nick Stover, held off Newberry’s attempts at the goal as well, but got injured within the first 20 minutes, putting Logan Fisher in the game.

With 25:44 left in the first half, Shahin Hemat scored the first goal for the Patriots by tapping the ball in past Stover with an assist from Lukas Poussat. At 35:50, Patriot Tyler Norris scored from a header off of Sven Ricke’s corner kick. Throughout the half, the Patriots were able to keep the Wolves at bay and by the end of the first half, the score remained 2-0.

For the remainder of the second half, the Patriots prevented the Wolves from scoring until 89:29, when Newberry’s Julian Butler scored from a header off of a free kick. Butler’s goal for the Wolves tied the score 2-2 with no chance of either team scoring again before time ran out, taking the game into overtime.

Overtime would commence with 10 minutes on the clock, and the first goal made would end the game. With both teams determined to score, it was the Patriots who clinched the win with senior Alex Blandin making a goal from 10-yards out at 91:09.

For Blandin, the game was a lesson in how to treat the rest of their upcoming games; specifically, those that are Peach Belt Conference (PBC) matches.

“While we played well, we need to follow through on all opportunities to score, but with the same speed and intensity displayed in this game,” Blandin said.