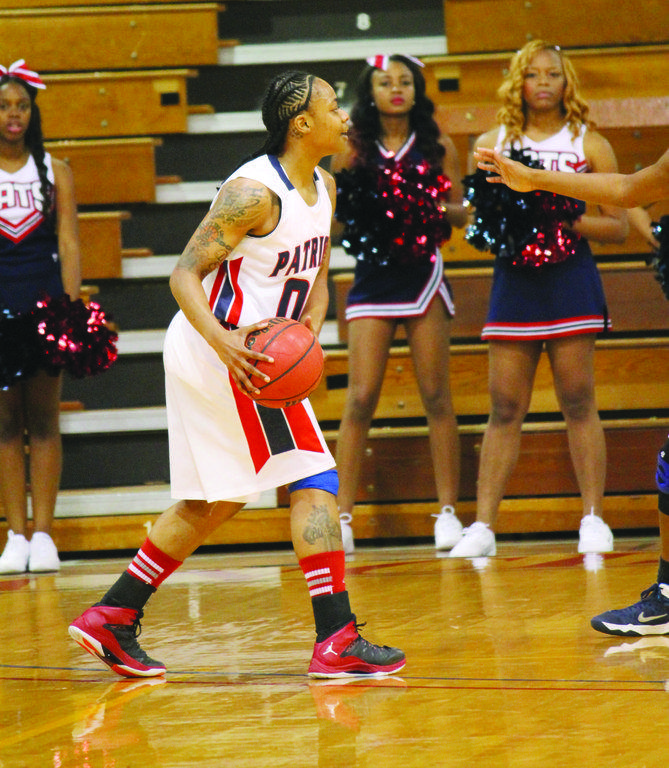 On Monday, December 2, the Francis Marion University (FMU) Women’s basketball team lost to the Georgia College Bobcats with a final score of 58-69.

The game started intensely with both teams making several attempts to score. FMU would put the first points on the board at 18:32 when Lauren Woods made a 3-point jump shot.

Following Woods’ shot, Georgia College’s Enisha Donley made a layup along with teammate Thresia Elskamp, giving the Bobcats a small lead two minutes into the game. The lead was short lived as FMU’s Briana Robinson made a jump shot bringing the score to 7-6. Georgia College took the lead back shortly after with both Lindsey Reed and Brandi Mckinny making 3-point shots.

With a score of 7-12 and the Bobcats in the lead, FMU’s Alexia Bell shortened the gap by making a layup. Both teams continued to score within the eight minutes that was left on the clock.  With the time left in the first half, Georgia College would get further ahead adding another 24 points to their score. The Patriots fought just as hard to shorten the gap between the scores, finishing out the first half down by six points.

The second half began with a strong start as FMU’s Cy’erra Mills scored the first point from the free throw line. After Mills missed her second free throw shot, Georgia College rebounded the ball resulting in Bobcat Kayla Upchurch making a 3-point jump shot. The ball turned over to FMU, then to Georgia College, and finally back to FMU where Lauren Woods was able to make a 3-point jump shot.

Shortly after Woods’ shot, teammate Briana Robinson made a layup bringing the score to 36-39 with Georgia College still holding onto their lead. The next three minutes of the game were spent with both teams attempting to score with neither succeeding.

At 14:35, it would be FMU to score with Camille Dash making a layup that brought the Patriots one point away from tying Georgia College. Right after Dash’s shot, Georgia College’s Enisha Donley made a jump shot, widening the gap on the Patriots.

Over the next two minutes, FMU’s Kim Roach, Briana Robinson, and Dee Gray would all score, but Georgia College held onto their lead with 46-43 on the scoreboard at the 11-minute mark. A foul committed by FMU’s Lauren Woods’ resulted in Georgia College’s Shanteona Keys scoring both of her free throw shots.

With 10 minutes left on the clock, FMU and Georgia College both continued to score. It would be the Patriots that would fall short as they were unable to close the ever-widening gap in the score. The buzzer sounded with Georgia College emerging as the winners with a final score of 58-69.

Since the December 2 game, the Women’s basketball team has gone on to win the rest of their games. Overall, they hold an 8-2 record with a four-game winning streak. As for Peach Belt Conference (PBC) games they are 3-1. Their overall record partnered with their conference record make them number one according to PBC standings.