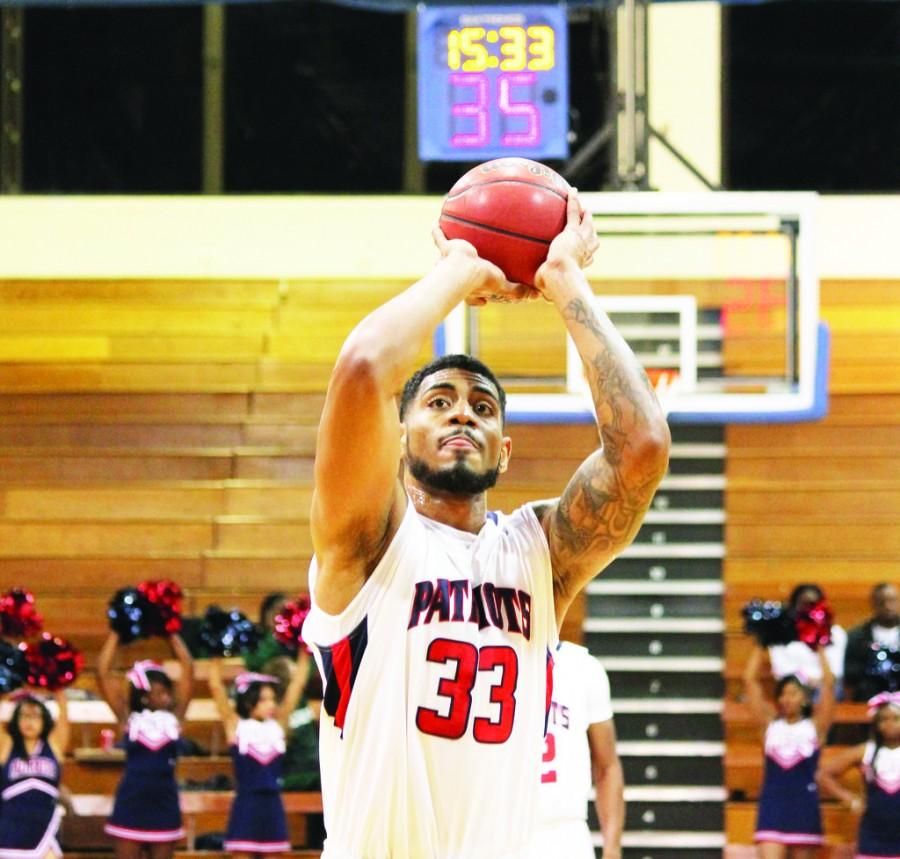 The scoreboard currently read 8-4, but changed quickly as Georgia College scored again. With only a 2 point gap, Georgia College was granted a free throw shot due to a foul on FMU’s Mykel Harris. Georgia College’s Terrell Harris made one shot bringing the score to 7-8. Going into the fourth minute of the game, Evrik Gary dunked the ball, causing a slight momentum shift for the Patriots. The next minute was a display of defensive skills until Clark Major dunked as well, widening the score gap and bringing the total to 12-7.

For the next two minutes, both FMU and Georgia College were able to make several free throw shots due to fouls. At the 13-minute mark, Georgia College took their first lead in the game with a score of 15-16. This did not last long as Dustin Jones made a 3-point shot at 12:55, bringing FMU back ahead by 1 point.

Shots made by Robert Carpenter, Trevonte Dixon, Mykel Harris and Tyler Deihl kept the Patriots in the lead for the remainder of the first half with a score of 34-32.

Within the second minute of the half, Georgia College’s Royal Thomas made a basket putting them ahead by two points. This would be the beginning of the lead that Georgia College would keep for the remainder of the game.

Francis Marion would continue to score, keeping the gap minimal for much of the second half. Both Evrik Gary and Trevonte Dixon would make free throw shots that shortened the gap that Georgia College had put in place, but it was not enough. By the time the buzzer went off ending the second half, the score was 60-71.

Since the game on December 2, the men’s team has played several away games and one at home. Their standings overall are 4-6 with 1-3 for conference games.