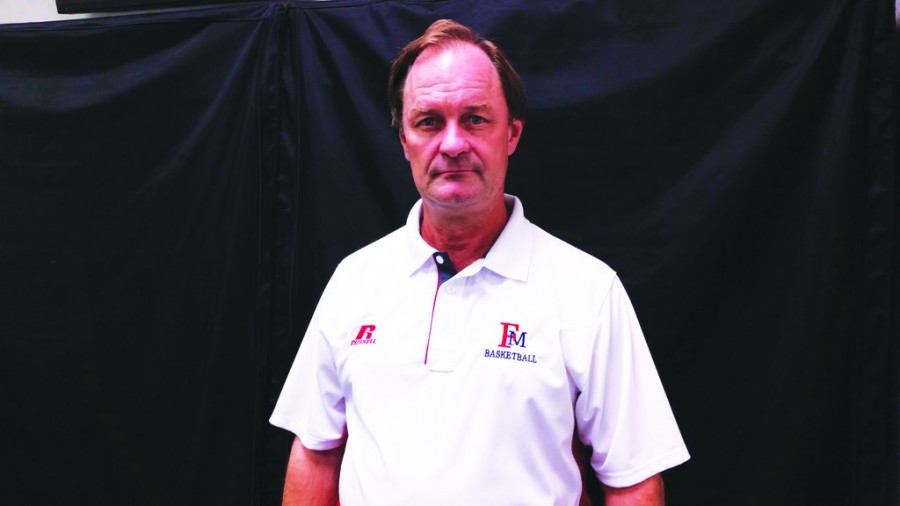 Coach Jay Sparks is the new head of the Francis Marion University women’s basketball program. He might be the head coach of a powerhouse team in the Peach Belt Conference now, but it wasn’t always like that. In fact, he was once sitting on the sidelines watching his father’s team run up and down the court. Because he grew up in an environment where sports and coaching sports was so prevalent he never had to bother with the clichéd childhood question, “What do you want to be when you grow up?”

“When your dad is coaching and you are going to practice with him, it just embeds itself in you,” said Sparks as he reminisced on his childhood. “I don’t think I’ve ever thought of being anything other than a coach.”

Jay Sparks may have always wanted to be a coach, but he would not let his window of opportunity close on being an athlete. He attended Brookstone High School in Columbus, Georgia and played three different sports: baseball, basketball, and football. He also participated in cross-country and track and field. Sparks then went on to play collegiate baseball at the University of Tennessee at Chattanooga. After four years of college he returned to his hometown and got his first coaching job at Hardaway High School. After coaching there, Sparks returned to his alma mater, Brookstone, to continue his coaching career.

He sustained a successful stay at Brookstone before coaching at the collegiate level. He went to Columbus State University where he stepped in as the head coach of the lady Cougars basketball team in their inaugural year. He took the first-year team all the way to the NCAA Division II Final Four. His team in the 2000-2001 season went 31-1, losing in the championship final.

After putting the Columbus State women’s basketball program on the national map he entered the office of Athletic Director. He spent five years as Athletic Director before deciding to head back to the coach’s box. This time, however, he ventured away from Georgia and found himself across the border in Florence, South Carolina.

“It is a beautiful community and so many people have embraced me and have been good welcoming agents for this Florence community,” Sparks said.

Although the lady Patriots may be a different team in a different place, Coach Sparks’ goals remain the same. He, like any coach, plans on have a winning season on the hardwood, but his main concern is that every one of his players graduate. He also wants his players to play hard for the entirety of the game and to never quit on anything that they do, whether it is on or off the basketball court.

“I am a good coach because of my players,” Sparks said.

He believes that the players and the chemistry between them are the most important thing to a winning team, and he would never attempt to take that away from them. His players also had a few words to say about him.

“He believes in us,” said senior guard Sierra Mills. “Before he even knew who we were, he was all for us.”

Junior shooting guard Camille Dash put it in the simplest terms. She described her coach in just three words:  “a fearless leader.”

Sparks is the newest edition to the Patriot family and he looks to continue his success story here at Francis Marion. With his humble approach and impressive credentials, Sparks hopes to be a perfect example of everything Francis Marion represents.