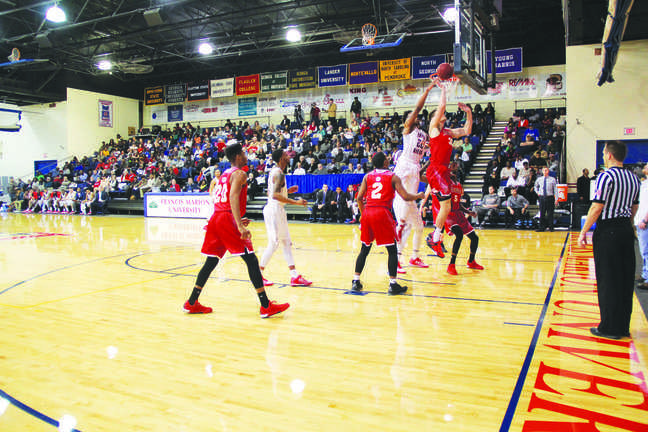 Three Lady Patriots scored in the double digits, with sophomore Khayani Chandler leading all scorers with 18 points. Senior guard Camille Dash added 13, and point guard TeTe Flowers had an impressive statline with 12 points and 12 rebounds to have the game’s only double-double along with five assists.

Flagler had one player score in double digits. Litisha Speights shot five for six from the floor and ended up with 11 points and added seven rebounds.

After a couple of lead changes in the opening of the game, the Patriots went up 7-6 and led for the rest of the game. FMU then went on an 11-0 run and finished out the quarter leading 18-13.

The second quarter was the same story; the Patriots were able to maintain their lead. The closest Flagler came was when they trailed by three points midway through the second quarter, but Dash consistently scored giving FMU a formidable 38-26 first half lead over the Flager Saints.

During the second half, FMU came out strong and only allowed Flagler three points the entire third quarter. The largest lead the Patriots had was 31 points, and they kept at least a 25-point lead the rest of the game as FMU topped Flager 73-45.

FMU showed 40 percent from the floor and was 11- for-20 from the charity stripe. Flagler finished the game shooting 32.7 percent and went 10-for-18 from the free throw line.

The Patriot men also won in a convincing fashion against Peach Belt Conference opponent Flagler College soon after the Lady Patriots’ victory. The win notched their conference record to an even 7-7.

Three more Patriots were in double figures in scoring.

Flagler College was led by freshman guard Vaughn McCall who had 20 points coming off the bench. Keith Gray, senior forward, registered a doubledouble with 10 points and 10 rebounds.

Flagler got their only lead of the game in the game’s opening minutes with a 4-0 lead, but FMU came back on offense to take the lead in the seventh minute of the first half and didn’t trail for the rest of the game. Browning’s offense was the difference in the first half. Each time it looked like Flager was starting to mount a comeback, Browning would respond with a buck of his own. The FMU defense was stout as they held the Saints to only 25 points in the first half, which contributed to a halftime score of 46-25.

The largest lead of the game came early in the second half with a margin of 24 points. The closest Flagler College got was when they pulled within 12 points late in the second half, but FMU scored 10-straight points to seal the victory.

FMU finished the game shooting 45.2 percent from the floor and hit 26-of-31 free throws. Flagler College had 36.2 percent field goal percentage and shot 18-of-25 from the free throw line.