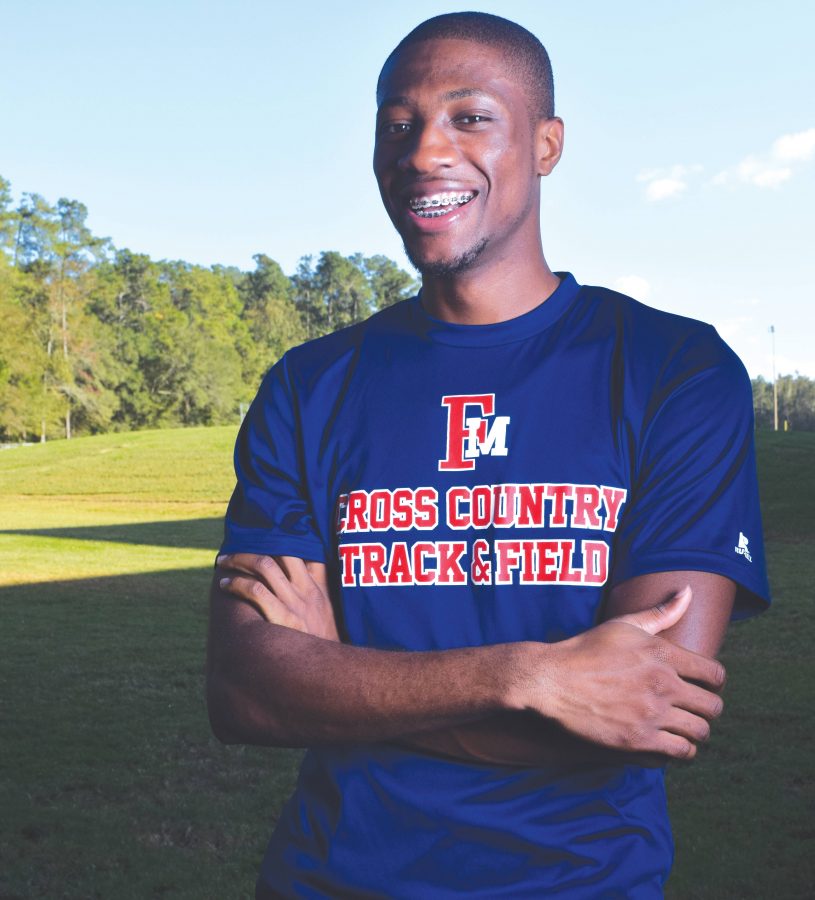 It’s not always blue ribbons and breaking the tape. Sometimes it’s workouts and 6 a.m. runs before class. But, the ingredient to make that happen – endurance – is what attracted FMU cross-country and track and field athlete Aaron Robinson to the sport of running.

Robinson grew up with older brothers who were active in athletics. Seeing how one of his brothers built up the endurance to run long distances fascinated Robinson and motivated him to give cross-country a try.

“That’s pretty cool, being able to run long distance for long periods of time,” Robinson said. “The idea of having endurance and just going out and running for as long as you want was what got me into cross-country.”

While Robinson started off his running career with cross-country, his current favorite race is the 800 meter for track. He said it is a challenge because it is too long for an all-out sprint but too short to set a pace like in cross-country races.

“I consider it a mix between speed and distance,” Robinson said. “For me, it was always the hardest, but I enjoy it. I feel like it’s the best of both worlds.”

While the season ends in December, Robinson plans to continue running for enjoyment. “Running is a universal thing,” Robinson said. “It’s something that anyone can do. Honestly, you just need a good pair of running shoes, and you can just go at it. It’s something that you can do when you’re older too.”

Robinson will graduate in May of 2017 with a biology degree and plans to attend graduate school.

He is interested in research and entomology, specifically ants.

From the time he was a boy watching ants swarm around a grasshopper in the sandy South Carolina soil, the hard-working insect has fascinated Robinson.

“I enjoy their organizational skills,” Robinson said. “They are so small but can do so much. Plus, they’re able to out-compete things that are even bigger than them.”

Last summer, Robinson traveled to Ecuador with biology Professor Travis Knowles and other FMU students as part of FMU’s tropical ecology class. While in Ecuador, Robinson researched the mutualistic relationship between Azteca ants and Cecropia trees.

Robinson said that the trip solidified his desire to continue involvement in research projects. After attending graduate school, he would like to pursue a profession in entomology or conservation.