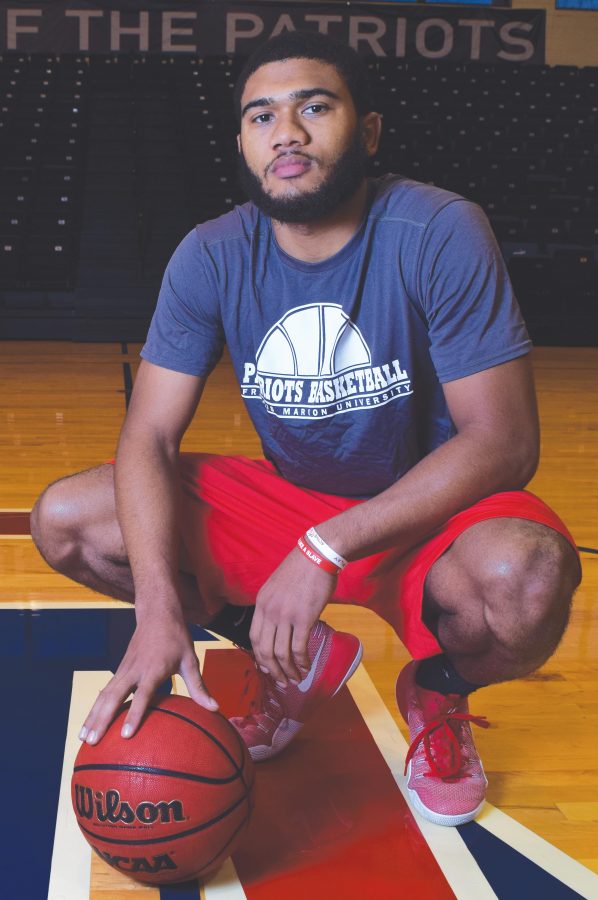 Junior point guard Detrek Browning was hooked on hoops at age 12 when he played his first season of basketball for a recreational team and hit a buzzer-beater shot to win the championship game.

“Basketball was one of the best things that ever happened to me,” Browning said.

Browning has made his mark at FMU as a lead scorer, Freshman Player of the Year and All-Peach Belt Conference Team Player (second team).

However, Browning’s basketball journey has not always been marked by success. During his seventh and eighth grade years, he did not make the basketball team. While surprised, Browning took the coach’s advice to keep working on his game.

His determination to improve landed him a position on the B team at Irmo High School during his freshman year. Then, he made varsity for the next three years. During his high school career, Browning won two state championships, was named 4A Player of the Year and earned two all-state plaques and two all-region plaques.

Growing up in a rough area in Columbia, S.C., Browning was told by family that dedication to sports would keep him busy and away from the wrong crowd while possibly providing a path to a college education.

This hard work paid off when Coach Gary Edwards offered Browning an athletic scholarship to FMU during Browning’s senior year of high school.

“Honestly, if FMU didn’t offer me a full scholarship, I don’t know where I would be right now,” Browning said. “I definitely know for a fact I wouldn’t be enrolled in college anywhere.”

Browning said that without scholarship money he could not afford to pay for school. His family motivates him to keep working diligently on the court and in the classroom as he earns his psychology degree.

“My family keeps me going,” Browning said. “They’ve been struggling my whole life. I know one day if I just continue to work hard, I can help them get over that hump.”

Browning’s goal is to play basketball professionally, but if that does not work out, he wants a degree to fall back on. Whatever career path he takes, he wants to use his opportunities to help his family.

On the court, Browning also tries to empower his teammates and set them up for success.

“Leadership is really all communication,” Browning said. “I always try to let my teammates know that I always have their backs. So, even if they feel like they’re having a bad game, I tell them not to worry about it. I try to get everybody going and rolling.”

One of Browning’s personal goals for this season is to earn All-Peach Belt Conference Team (first team). He wants to push himself and his teammates to reach their full potential.

“I know that this is not one of the most talented teams that Francis Marion has had, but every person on this team works extra hard,” Browning said. “I believe that hard work beats talent no matter the situation. There are always people in the gym after practice putting in extra work to be better individually, and our practices are getting better each day.”

In his free time, Browning enjoys spending time with family and continues to keep in touch with his high school friends.

“I talk to my friends from high school every single day,” Browning said. “They always make sure I don’t get too big on myself. They keep me going and keep pushing me to perfect my skills.”

Browning also considers eating to be one of his main hobbies. He is always down for a well-cooked meal, especially if the main dish is steak or chicken.