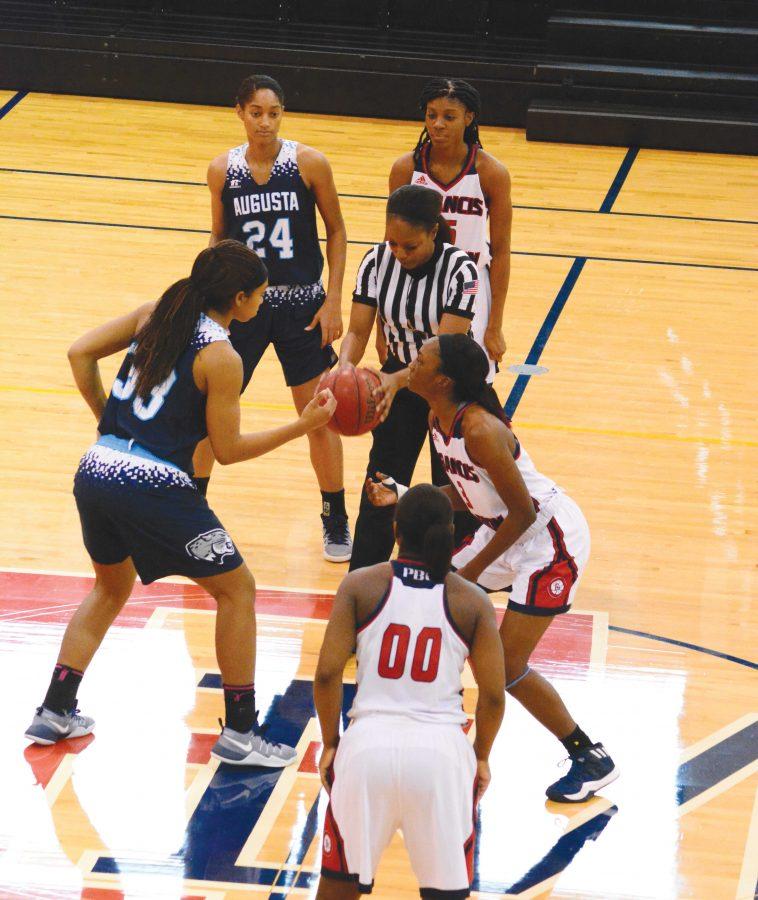 FMU junior Khai Chandler scored a gamehigh 23 points, and the Patriots used an advantage on the offensive glass to roll to an 84-64 win over Flagler College on Jan. 25 in Peach Belt Conference (PBC) women’s basketball action.

FMU improved to 9-10 overall and 4-6 in the PBC. FMU out-rebounded the Saints 44-25 and held a 22-0 edge in secondchance points. The Patriots also converted 20 Saints’ turnovers into 26 points, while surrendering only four points off their own 12 miscues.

Flagler led by five points in the beginning of the game, but six straight points by FMU put the Patriots ahead. FMU took the lead for good at 15-14 on an offensive stick-back by junior center Kristin Tines. The Patriots led 22-16 at the end of the first quarter.

A 17-7 spurt to close the second quarter gave FMU a 46-30 halftime advantage. After the Saints scored the opening bucket of the third period to trim the margin to 14, FMU responded with a 9-0 run that included seven points from Chandler to go up 55-32.

The Patriots led 69-49 at the end of the third quarter, and the margin never dipped below 20 points during the final 10 minutes.