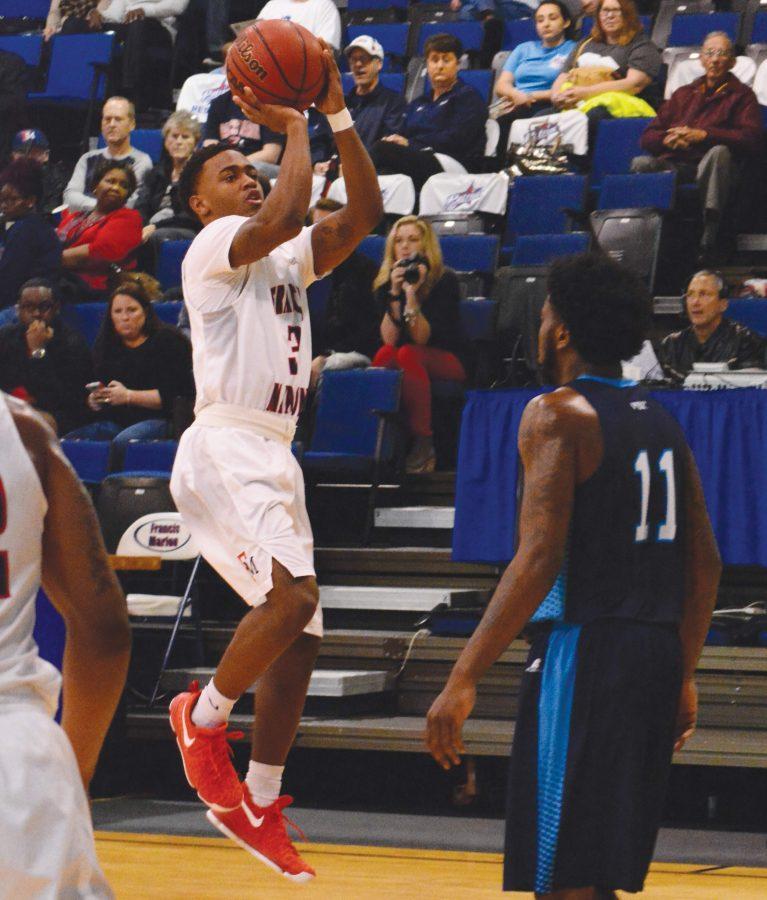 FMU beat Flagler 86-81, putting them ahead of Flagler in Peach Belt Conference Play.

Browning led the Patriots with 29 points on 10-of-17 shooting from the floor. The 6-foot Columbia native also connected on 7-of-10 three-point attempts, only two shy of the school record for three-pointers made in a game. He also hauled down six rebounds and handed out four assists.

Parker equaled his career high of 22 points. The Sumter native was a perfect 9-for-9 at the free throw line. FMU junior forward Judah Alexander added 17 points and a team-high nine rebounds. Cortlin Davis paced the Saints with 23 points, while Vaughn McCall scored 16.

The opening half featured opposing streaks by both squads that changed the lead on several occasions. A late three-pointer by Parker helped the Patriots secure a 41-39 halftime lead.

A jumper by Kenneth Jackson extended the FMU advantage to eight points (54-46) 3.5 minutes into the second stanza. Flagler gradually chipped away at the margin and took a 68- 67 lead after a free throw by Chris Williams.

A three-pointer by Browning and a lay-in by Parker put FMU back on top 72-68, but again the Saints rallied, this time knotting the score at 76-76 with 2:38 on the clock. A fast-break jump shot in the paint by Browning gave FMU the lead for good at 78-76, and junior Warren Specht extended the lead to 80-76 with a pair of free throws.

Parker and Browning combined to go 6-for-6 at the free throw stripe in the final 16 seconds to seal the victory. Alexander also registered a key blocked shot in the final minute.

The Patriots held a commanding 45-26 rebounding advantage. FMU connected on 48.3 percent of its field goal attempts, including 9-of-18 from behind the three-point arc and was 19-of-24 at the charity stripe. Flagler shot 46.2 percent from the floor, was 11-of-28 from three-point distance and hit 10-of- 16 free throw attempts.