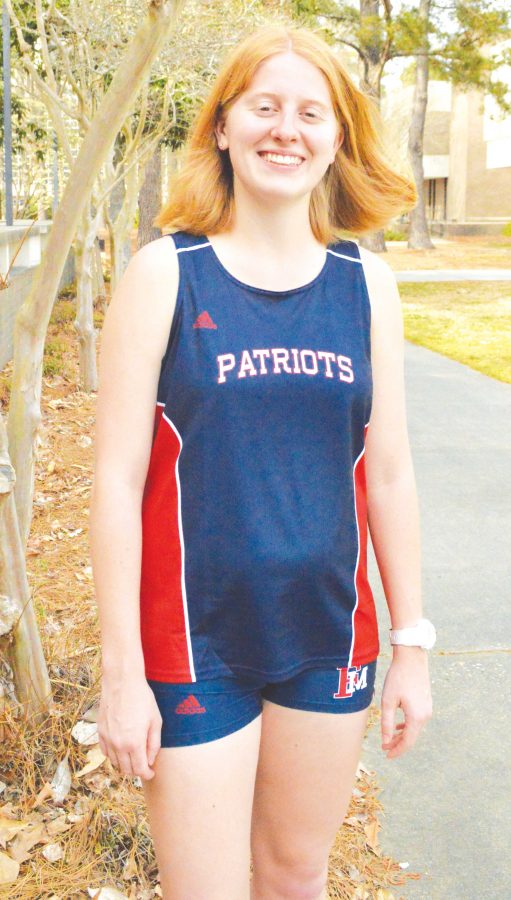 Track and cross country runner, Emma Driggers, wants to work at a museum so she can help connect people through history.

For one freshman track and cross country runner, FMU is a perfect fit.

Emma Driggers, a history and French double major, chose FMU because it provided her with all of the opportunities she was looking for in a school.

“Cross country introduced me to the college,” Driggers said. “I’d never heard of it and had probably passed by on my way to Myrtle Beach thousands of times, but I’d never seen it or heard about it.”

Driggers said on one trip to the beach, her family made an impromptu stop by the school and met with cross country coach Mark Bluman, and she was sold.

“The coach was telling me about all of the different scholarships the school had, all of the travel opportunities, that it’s a small campus, it’s affordable and all of these things that I’d been looking for just added up,” Driggers said. “I could travel, run, have a group of friends and not have a completely busy schedule all in one. That’s everything I’ve ever wanted.”

Being on a team gave Driggers a group of friends at FMU. She said since teams train in the summer and come early for the semester, she had people she already knew in a brand new place before she ever started classes.

Having a goal for her college running career is important to Driggers because she said she wants it to shape her just as much as her high school experience did. Driggers said her high school coach taught her about perseverance, determination, motivation and what it means to have heart.

Even after she graduates, Driggers said she doesn’t want to stop running.

“I’ll keep running as long as I’m physically able,” Driggers said. “Running keeps me structured here, and I think it can keep me structured throughout life. I’d love to run the Paris Marathon or the Boston Marathon.”

When her time at FMU is over, Driggers said she wants to work as a museum curator at a large museum such as the Smithsonian after she earns her Master’s degree.

“Ultimately, I just want to be able to travel and connect people through history and culture,” Driggers said. “If there was a job with that as the description, I would take that.”

Driggers said making those connections with people is what makes being a curator so appealing.

“We try to connect to people with politics or whatever,” Driggers said. “But we have to connect with people through things that we share, and that’s our history.”