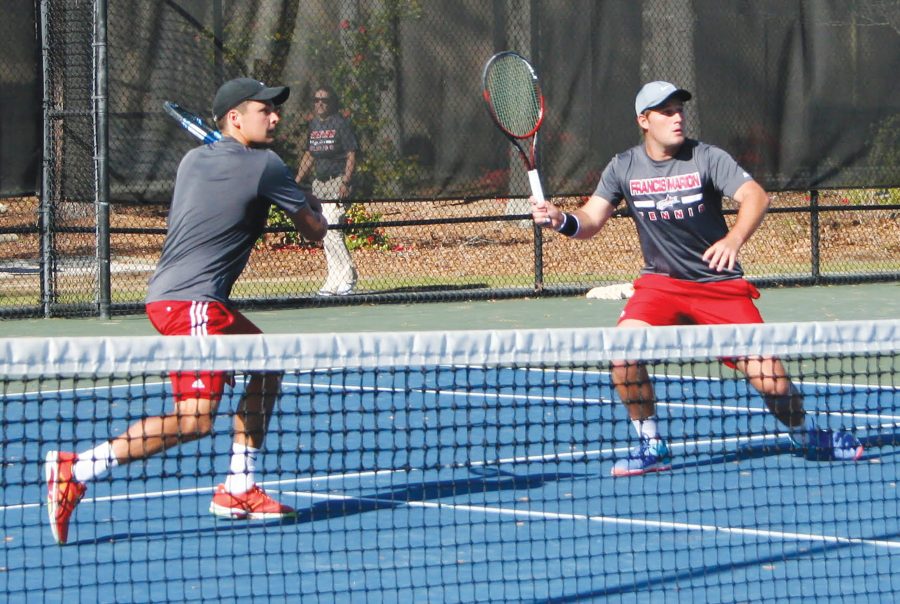 The FMU women even their conference mark at 3-3 and improve to 7-5 overall, while the Patriots are 5-6 overall and 1-5 in the PBC.

In the men’s match, seniors Richard Ashforth and Jannik Roettlingsberger won 8-6 at the No.1 doubles match, but the Patriots dropped the other contests to trail 2-1 heading to singles play. Ashforth moved into sole possession of 11th place on the Patriots’ career list for doubles wins with 43, breaking a tie with Dirk Bair (2009-2012).

After Ashforth lost in three sets to 12th-ranked Patrick Oliveira at the No.1 singles spot, FMU trailed 3-1. However, the Patriots won the remaining five singles matches to pull out the come-from-behind victory.

Sophomore Tarass Thevenaz won in straight sets at No.3, and Roettlingsberger won in three sets at No.2 to deadlock the match at 3-3. Junior Raul Madrid won in a marathon match at No.4, and freshman Harry Wells won in three sets at the No.6 spot to clinch the decision. Freshman Matheo Espinoza added a three-sets win at No.5 to close out the contest.

In women’s action, 21st-ranked Samantha Koelliker and Marie Krueger won 8-1 at the No.1 doubles position, and junior Sofia Henning and sophomore Anna Wintrich captured an 8-4 decision at No.3 before Augusta won the No.2 match.

The Patriots won all six singles matches in straight sets, although freshman Theresa Hammerschlag needed a first-set tiebreaker to win at the No.5 position.

Koelliker is sixth in FMU program history for both career singles (56) and doubles (61) victories.