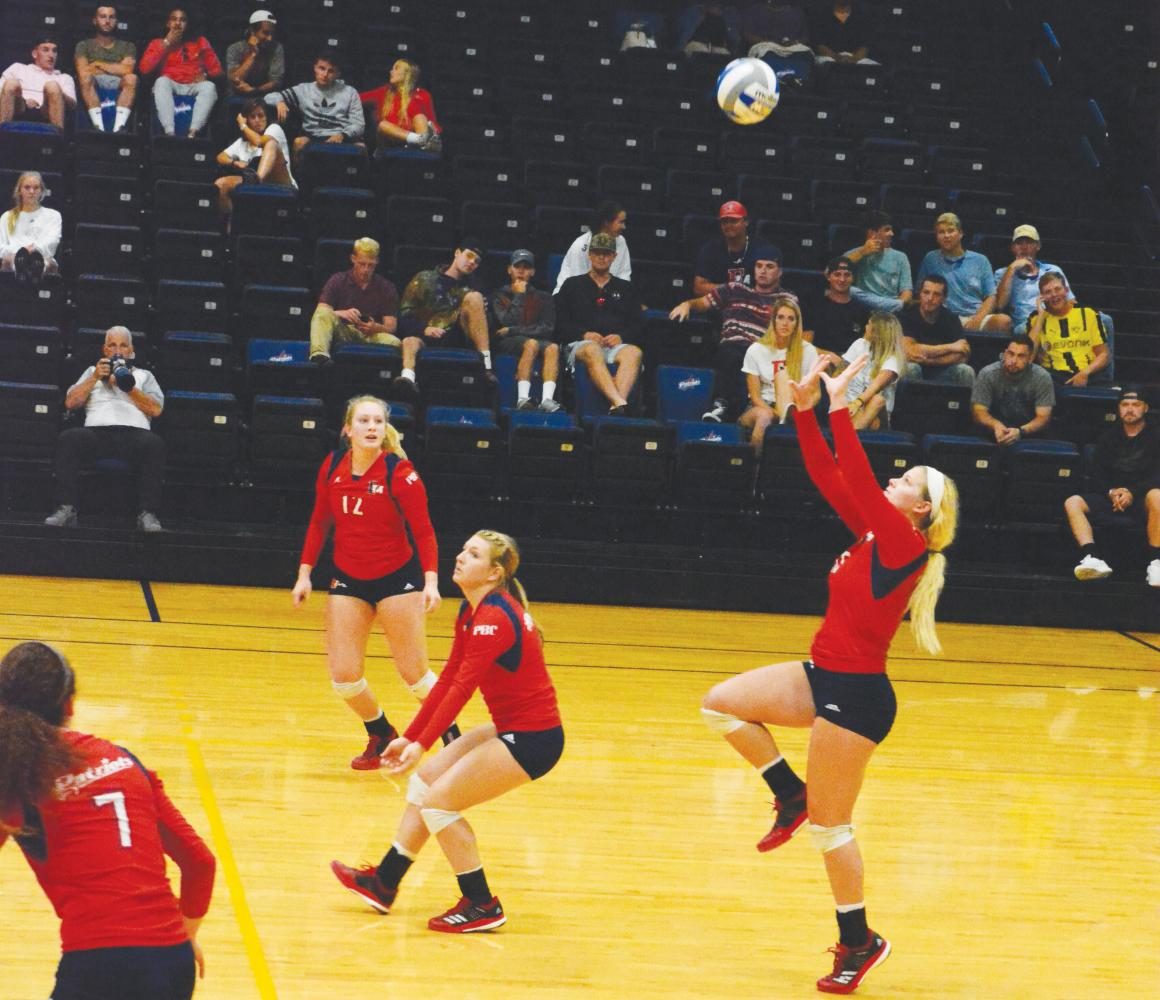 Senior Shelbi Meek prepares to set the ball during the Sept. 8 match against Chowan University during the FMU Invitational Volleyball Tournament.

Saturday’s portion of the FMU Invitational was cancelled in consideration of approaching Hurricane Irma.

The Patriots never trailed in either of the first two sets. Back-to-back kills by Meek allowed FMU to snap a late 23-23 deadlock in the third set.

Senior hitter Erika Hartings came off the FMU bench to register a match-high 12 kills in a 25-20, 25-19, 25-22 win over Chowan. Freshman Cortney Bowen posted a career-high nine kills on only 11 swings for a .818 hitting percentage.

McGinnis dished out 37 assists, while Vaughn and Meek recorded 18 and 14 digs respectively.

The next home contest for the Patriots will be Sept. 19 at 7 p.m. against Southern Wesleyan University.