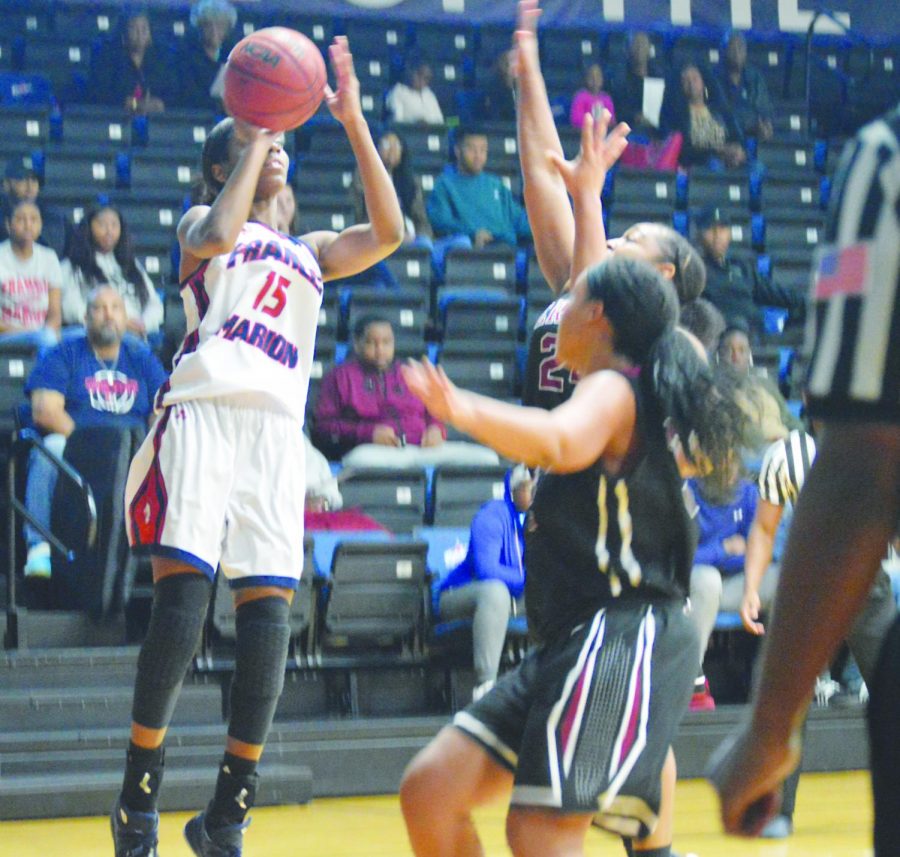 Senior Khai Chandler shoots the ball during the Nov. 10 game. For Chandler, this game marks her 1,000-career point mark.

The FMU women’s basketball team opened their season with a 65-35 win against the Erskine College Flying Fleet on Friday, Nov. 10.

Patriot senior Khai Chandler scored a game-high 23 points and became the first Patriot in seven years to surpass the 1,000-career point mark. Chandler became the 27th Patriot women’s basketball player in history to reach the milestone and now has a career total of 1,001 points.

The Patriots started the game only allowing two ties in the first quarter and leading the remainder of the game. The Flying Fleet’s offense struggled, only scoring 11 points in the first half. The Patriots held a 20-point advantage at half time with the score at 31-11.

The dominating performance continued into the second half with the Patriots holding advantages as high as 39 points in the third quarter when the score was 55-16.