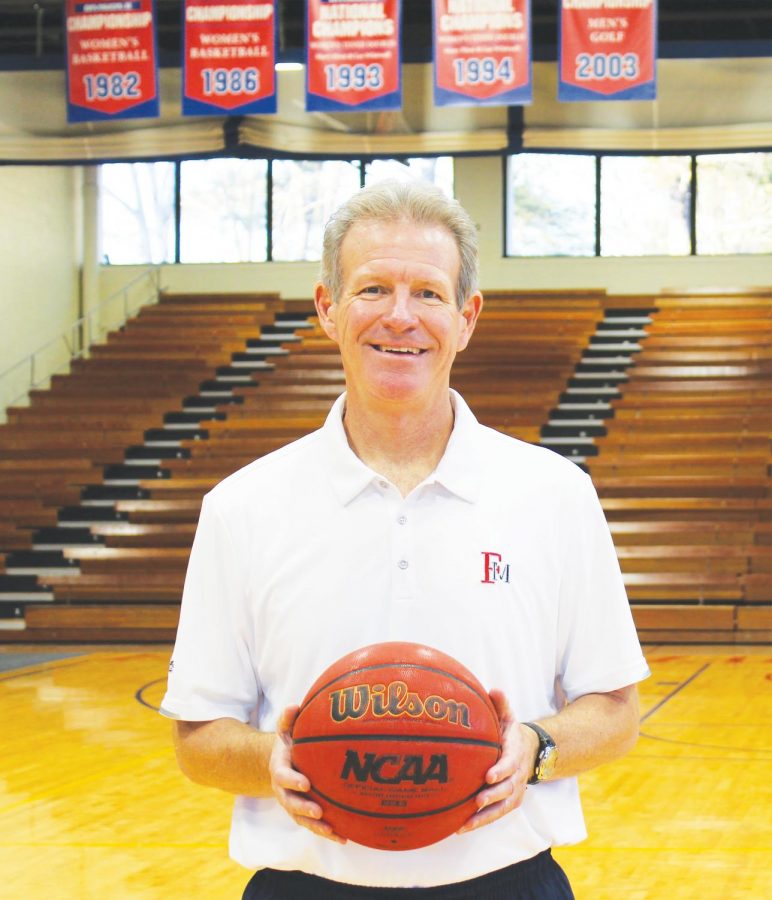 Apart from leading the FMU men’s basketball team on the court, Head Coach Gary Edwards holds a passion for writing, which he uses to write a column for the “Morning News,” Florence’s local daily newspaper.

Edwards, who was an English major at Virginia Wesleyan University in Virginia Beach, Va., said writing has always been something he has enjoyed.

“I’ve always loved to write,” Edwards said. “I love English. So, this gives me a wonderful outlet. I appreciate the people allowing me to do it because it lets me get things off my chest and I think people get to know me a little more than just from the basketball sense.”

Edwards first began writing a column while coaching at Hofstra University in New York. The column started out as a one-time column for the student newspaper, but later turned into a recurring column.

“When I was at Hofstra, the student newspaper came to me and asked me to write a little column about the team,” Edwards said. “I still have that column. I compared the North to the South in addition to talking about our players.”

As Edwards moved to different schools to coach, he continued to write columns. Edwards wrote for the newspaper in Wilson, N.C. while coaching at Atlantic Christian College, now known as Barton College, as well as for the “Indiana Gazette” in Indiana, Penn.

Since coming to FMU 11 years ago, Edwards has written a weekly column for the “Morning News” during the basketball season. Edwards said the column does not primarily focus on athletics and basketball.

“A lot of times it’s not about athletics,” Edwards said. “It’s about life, it’s about funny things and things that have happened.”

Edwards recently turned his weekly column into a four-part book series titled “The Columns of Coach Gary Edwards” with the help of FMU students Summer Bradham Morris and Rebekah Davis and his son Grady Edwards. Each book focuses on a different topic of his columns such as humor, friends and family, life lessons and coaching.

“I had 300-400 columns on my computer just sitting there,” Edwards said. “It was just a matter of turning them into something, compiling them into subjects and formatting them.”

Edwards said his son helped him finish formatting his book and got the books published through Amazon. Edward’s books were finished in December of 2017 after a year and a half of compiling columns.

Edwards said this was something he enjoyed being able to do.

“I’m not going to get rich or anything, but this is just fun to do,” Edwards said.

Edwards also said his books are a gift to his family as well as himself.

“It’s nice for my family too and my children,” Edwards said. “It’s something they can look back and read about. I have one book about friends and family.”

Edwards said during his career he hoped to be more than just a basketball coach.

“I take great pride in not just being a basketball coach with a whistle around my neck,” Edwards said. “I never wanted to be that kind of coach that wears the sweatshirt and the whistle and can’t do anything else.”