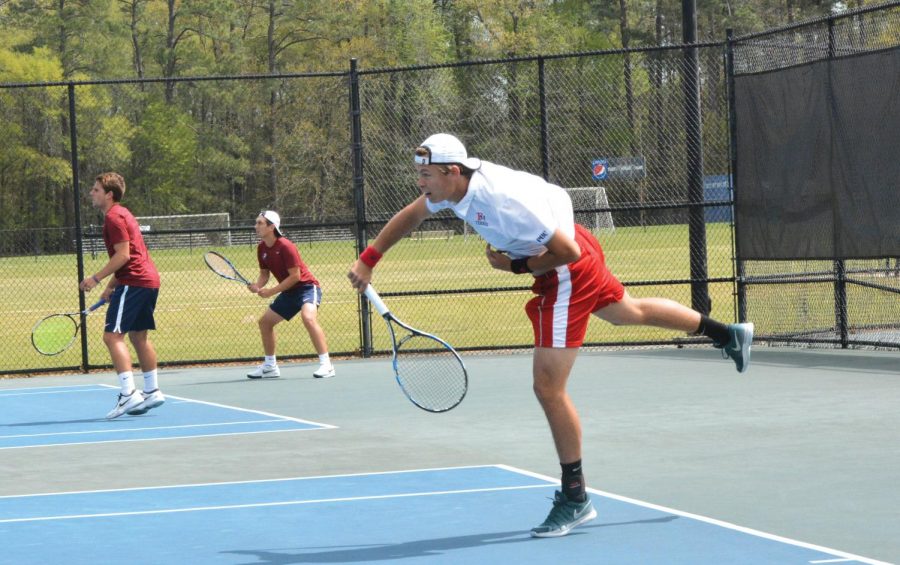 The Patriots end their season with a loss to USC Aiken. The Patriots will host the Peach Belt Conference on April 20-22.

It was a tough outing for the Patriot men’s tennis team who accepted a 7-2 defeat to the USC Aiken Pacers at FMU’s Kassab Courts on Sunday.

The Pacers are currently seated fifth in the Peach Belt Conference standings, two spots above the Patriots, dominated the singles and doubles action. The Pacers would take two of the doubles matchups while also taking five of the singles matches.

Hutchings was happy with his performance, but remained disappointed that the team was not fortunate enough to take home the victory.

“I just knew I had to do my job today and that is to try to win games,” Hutchings said. “Me and Will did well in our doubles which was pleasing, but we knew that they were a good team and it was always going to be a difficult day.”

The Pacers did not give the Patriots any breathing space and continued their streak of dominance that has continued to earn them respect from their opponents. The Pacers took four of their five singles matchups in straight sets with just Matheo Espinoza of the Patriots managing to stretch his game to three sets at the number four berth. He would lose 6-4, 3-6 and 4-6 but can hold his head high after forcing his opponent to play some exceptional tennis to take home the victory.

Sunday’s match marked the end of regular season play for the Patriots.