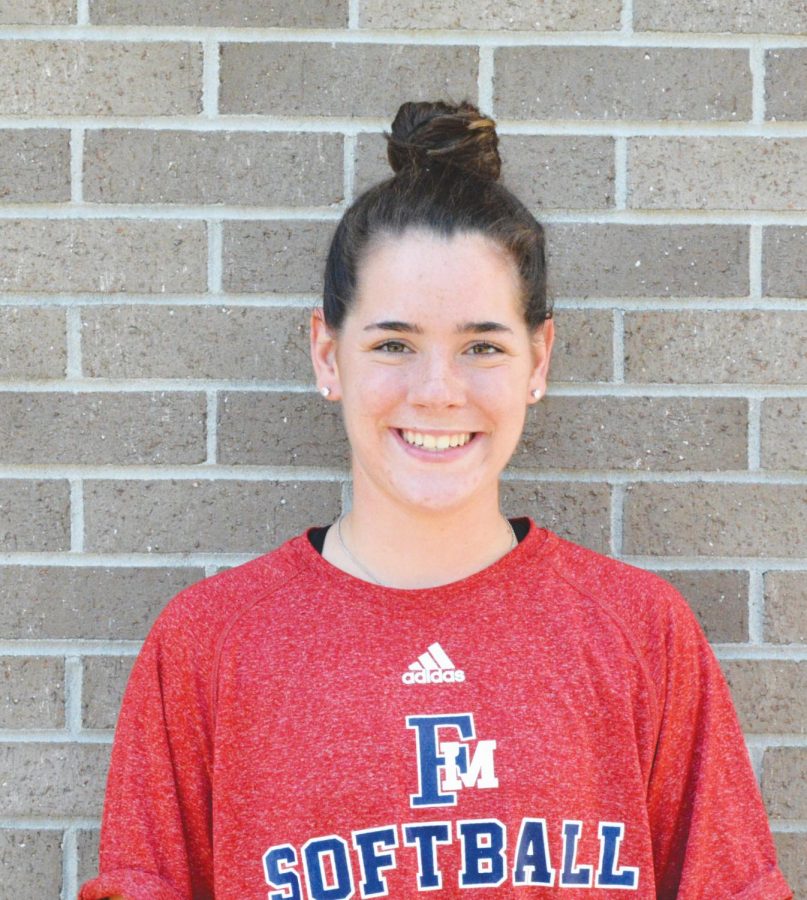 Liberty Schultz is enjoying her freshman year by making new friends and documenting her experiences for her vlog.

For freshman Lady Patriot softball player Liberty Schultz, finding time for both of her passions while in school isn’t a difficult thing to do.

Schultz, a native of Atlanta, Georgia, has been playing softball since she was six years old.

“I started playing t-ball and just worked my way up,” Schultz said. “I played travel ball and was never on a really great team, but around my sophomore or junior year, I joined the Georgia Impact, which is a huge organization in Georgia. That’s sort of really when it took off, and I began getting offers to play in college.”

Although second base is her favorite position on the field, her career in high school allowed her to become a well-rounded player, as she can play nearly any position on the field. In addition to being able to play any outfield position, Schultz has experience pitching and catching.

“I went to a really small high school, so our team faced some challenges,” Schultz said. “I just filled in any position and was thrown into leadership on the field because I was the only one who had really played before. That helped develop me to be a good leader on the field.”

According to Schultz, there were only 80 students in her graduating class at Providence Christian Academy (PCA). In addition to having field experience, Schultz has also pitched and been a catcher.

Around the start of her junior year at PCA, Schultz said she began to “vlog,” or blog in the form of videos.

“I’ve always been into making videos, like the silly ones you make for you and your friends,” Schultz said. “I started it as a joke, just kind of making fun of vlogging. Then I actually started to enjoy it. Around the time my senior year started, I knew that was going to be a really pivotal year in my life because all of my friends were moving away, and I wanted to document it. I basically made a giant documentary of my senior year.”

According to Schultz, she would post a vlog once a week during her senior year, even though it could be time-consuming depending upon the amount of editing. However, during the summer, Schultz said she would post about three times per week since she had extra time on her hands.

“It can get hard balancing it with school and softball, so I have to work the vlog into what my life was,” Schultz said.  “So, if I was just having fun or playing softball, I would make a vlog around what I was doing at the time. That’s the best way to balance it for me.”

According to Schultz, editing can take anywhere from 1-4 hours depending on the length of the video, how much you want to edit it and if you want to add more content to it.

Schultz said when she was considering different colleges, she wanted to find a school where she didn’t know anyone, to truly make it a new experience.

“I didn’t know a single person when I came here, which I was excited about,” Schultz said. “I went to such a small high school and I love meeting people.”

Although Schultz had dreams of becoming a pilot one day, she is at FMU pursuing a nursing degree, all while balancing her course load and her workout, practice and game schedules.