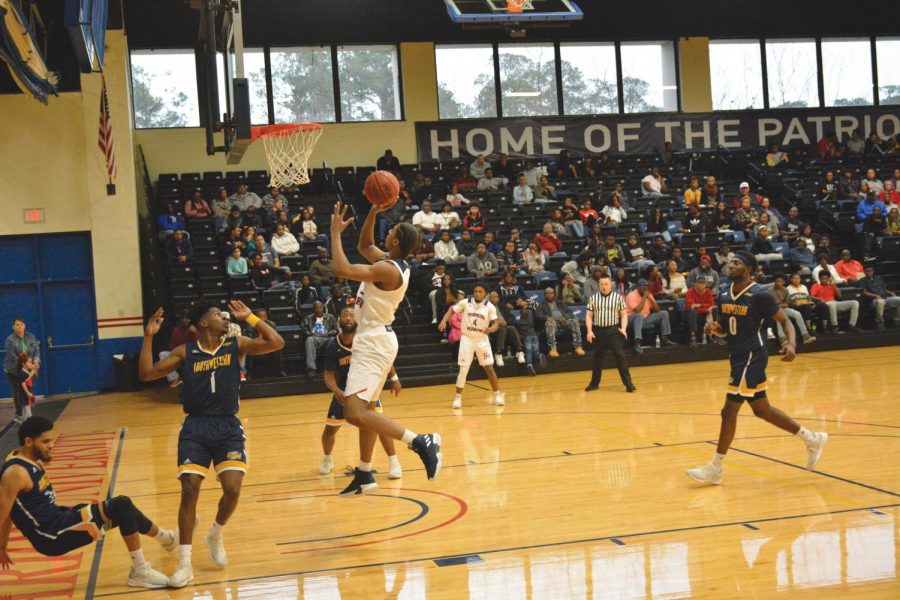 Making strategic offensive decisions, junior point guard Jaquez Smith led the team in scoring, with 17 points and four assists for the second game in a row.

Right behind him were senior guards Ryan Davis and Brandon Parker, who scored 16 points each. Parker reached 998 points on the FMU career-scoring list.

Defense in the first half was at an all-time high. FMU played in 1-3-1 zone defense closing in on the paint.

“This was the best defensive game we’ve had all year,” head coach Gary Edwards said. “This was the game that we had to play defense.”

The team persisted through the entire game and was able to get set in an offensive rhythm that allowed players to score most effectively.

“In the first half we weren’t shooting very well, but it’s one of those games where you have to just keep grinding,” Edwards said.

This win bumps the teams’ overall record to 11-2 and 7-2 in the Peach Belt conference.

“Right now in our conference it’s a tight race with first through third, so every game is big right now for us,” Smith said.

To close the first half, Davis shot a three-pointer, giving the Patriots a 14-point lead and leading his team in scoring a dozen points in the first half.

In the second half, GSW came back with a new strategy, leaving the Patriots to make adjustments in their decisions defensively and offensively.

“Coming into the second half they threw something new at us and we struggled a little to adjust to that,” Davis said.

The intensity of the game energized the crowd. The audience helped to fuel the momentum of the players allowing them to push through to the very end.

“Let me say this: how about the crowd, I love the crowd and I love the students,” Edwards said. “I thank them so much for coming and supporting the team.”

The Patriots are continuing to work hard as they look forward to their upcoming games.