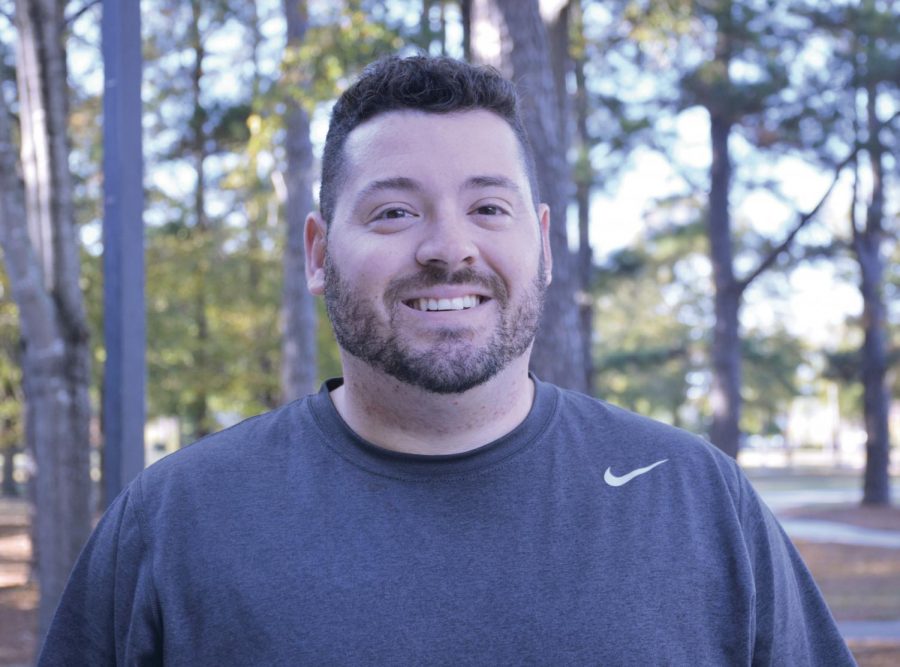 Carson Nance received both his undergraduate and graduate degree from FMU.

Although he has only been a coach at FMU for a year and a half, Carson Nance is no stranger to the FMU campus and community.

Nance is the Nutrition and Mental Conditioning coach for all the teams on campus and is now spending time on campus for the third time. He received his bachelor’s degree in clinical psychology from FMU in 2014 and then returned to earn his master’s degree in 2017 through the

“I work with athletes one-on-one about either nutrition or how to improve their performance,” Nance said. “I help them learn how to better communicate with their coaches and all kinds of stuff like that; the kinds of struggles that come with being a student athlete.”

Currently, Nance is the only person with this type of position in the Peach Belt

Conference, and he believes it is important and something athletes should consider when choosing the school they want to attend.

“For athletes who are looking at FMU as a potential place to play or go, it is another kind of extra outreach that offers them an outlet to get mental help, in addition to being a whole other way to get an additional sports performance piece,” Nance said.

Nance, a Florence native, graduated from South Florence High School before attending FMU. Nance said he chose to come to FMU because they offered him the most financial assistance, and while he was at FMU he competed as a student athlete.

Nance said coming back to work as a coach at FMU was a personal decision because of the time he spent here.

“I reached out to Murray Hartzler and wanted to help athletes because I played there for four years,” Nance said. “We didn’t have anything like this, and I think it would’ve helped when I was playing. So, I kind of wanted to see if I could kind of start something that would last.”

Because he is still a relatively new coach, Nance is trying to reach out to more student athletes who may not know about his position.

“Right now, athletes come to my office and we do individual sessions, but we’re starting to work towards my going out to practices and going out to the games,” Nance said. “I would go and do on-field stuff, like visualization and energy management.”

Nance said his favorite part of FMU is that he was able to be part of the campus community and graduate from here twice.

While at FMU Nance spent four years as part of the men’s soccer team and earned numerous awards, such as being named to the Peach Belt Conference Presidential Honor Roll several years in a row. He played midfield and defense and was red-shirted in 2010.

Student athletes who are interested in contacting Nance for an appointment can visit his office in CEMC 219B, give him a call at 843-673-0054 or send him an email at carson.nance@g.fmarion.edu.