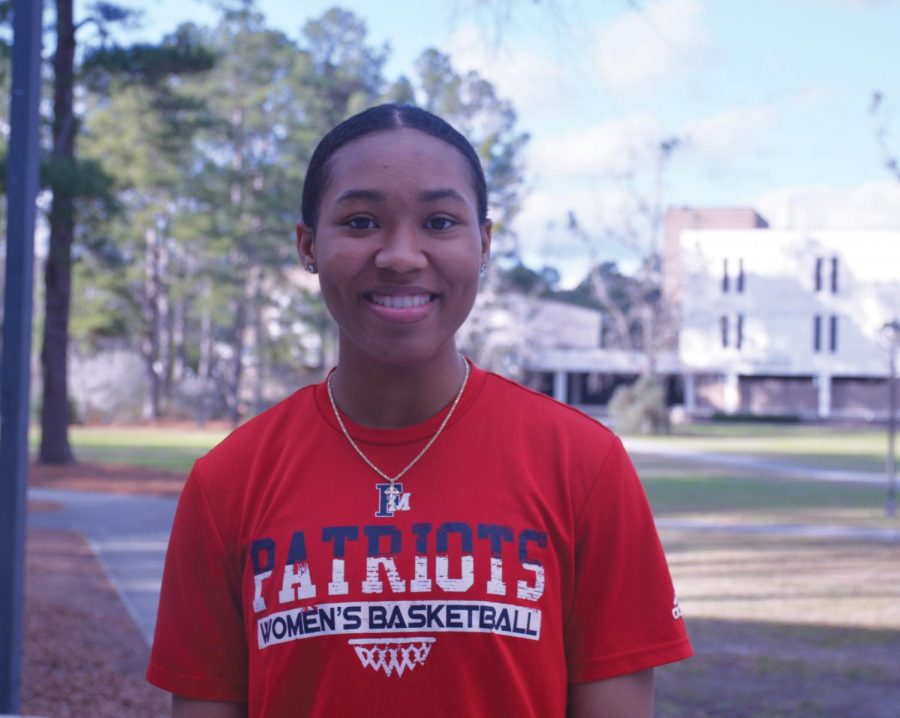 Gilmore is already making waves at FMU as a freshman guard, and she has ambitious plans for the future.

Having grown up in an athletic and competitive family of six children, she had been playing different sports for most of her life; Gilmore had been unknowingly preparing for college sports.

“I have always played sports but I knew, when I was in middle school, that basketball was what I wanted to do,” Gilmore said.

Gilmore was born and raised in Charlotte, North Carolina, where she attended South Pointe High School and received 2019 All-Region and All-State honors.

She was also the first player in her school’s program to surpass 1,000 career points.

Gilmore said when she started playing basketball she was already an aggressive defensive player because of her brothers and because she always played with the boys.

However, Gilmore said it wasn’t easy getting her teammates to pass the ball, and that’s when she realized that she had to go get the ball herself instead of waiting for a pass.

“Whatever I want, I’m going to go get,” Gilmore said.

Gilmore emphasized that what makes her stand out from a lot of people is her ambition to go get the things in life she wants.

“Nothing is given to you,” Gilmore said. “You have to go get it.”

Gilmore had a taste of the spotlight growing up because her brother Stephon Gilmore worked hard and was drafted by the New England Patriots.

“Growing up with my older brother, Stephon, made me think that if he could do it, I could too,” Gilmore said.

Gilmore said that as a person she knows she is not perfect and, like anybody else, has room for improvement.

“I’m always pushing myself to grow in different aspects of my life, so I can be the best version of me,” Gilmore said.

According to Gilmore, what helps her keep going is knowing failure is inevitable.

“Basketball teaches you mental toughness, which is something you can take on and off the court,” Gilmore said.

Gilmore is not only a great athlete, but she is a very dedicated student as well. She said after she gets her biology degree she would like to become an orthodontist and go into a private practice.

Gilmore believes basketball has greatly impacted her life both on and off the court.

“It teaches you time management, discipline and the art of balancing your life,” Gilmore said.

Gilmore’s favorite basketball player is Skylar Diggans because of her ability to defy the odds.

“I admire her drive to accomplish all the things she has accomplished,” Gilmore said. “The fact that she has gotten so far in basketball despite things like her height.”

Gilmore said she would tell anyone who was looking to pursue a college basketball career to note be afraid of failure.

Gilmore hopes to become Freshman Player of the Year and to go as far as she can in her basketball career.