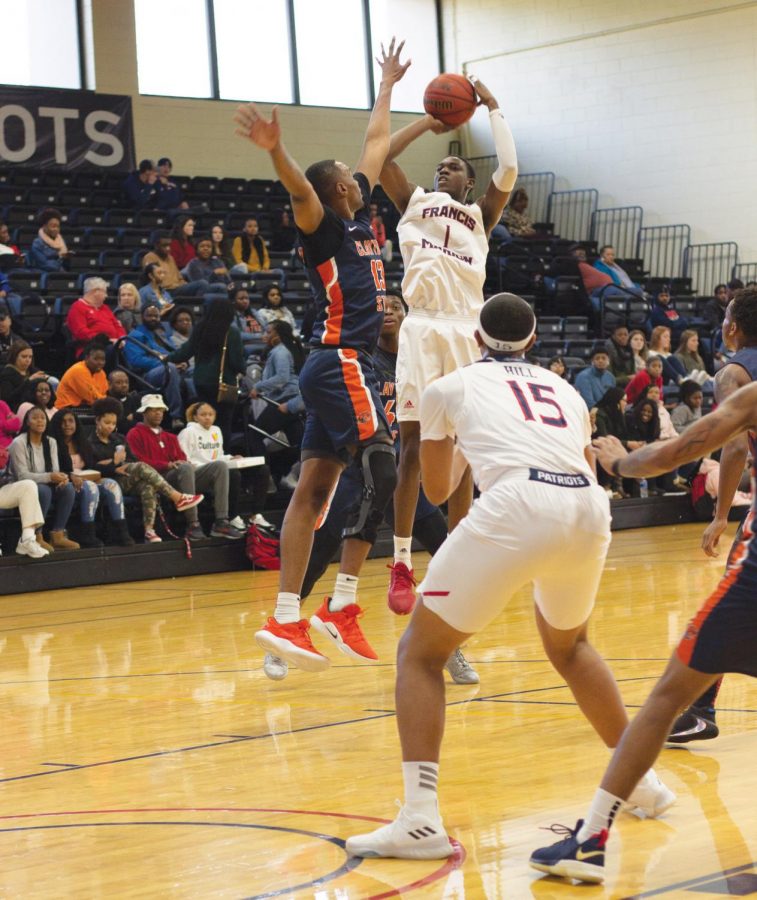 As of Saturday’s game, the Patriots rank 3-12 overall and 2-6 in the Peach Belt Conference.

The Patriots fought hard against the Lakers defense but couldn’t quite break through.

Freshman forward Jamal Edmonson led the team with 17 points and 8 rebounds. Edmonson is slowly but surely making his presence known on the court. He has beaten his career-high points two games in a row.

Following right behind Edmonson with 16 points and 7 rebounds was sophomore center Winston Hill.

Hill had been cleared to play just before the game after injuring his ankle playing against Lander University.

In the second half, Cox shot an impressive three pointer in the last seconds of the game bringing the score 76-79.

With senior forward Kendall Wall and junior guard Kainan Pouncey sitting out because of injuries, the younger players got a chance to showcase their talent and willingness to play.

Having such a young team, Head Coach Gary Edwards strove to teach them that winning plays are not always flashy plays.

“The main thing with the young guys is that you don’t have to make heroic plays, you just have to make simple plays and be solid,” Edwards said.

The bench players were able to come into the game and add points to the score. The team had a total of 20 points from the bench.

The Lakers defense was very solid and hard to break through. However, the Patriots were able to make them turn the ball over 15 times throughout the game and scored 18 points from their loose balls.

The Patriots stayed close on the heels of the Lakers, not letting the score difference run too high. The game was tied 5 times.