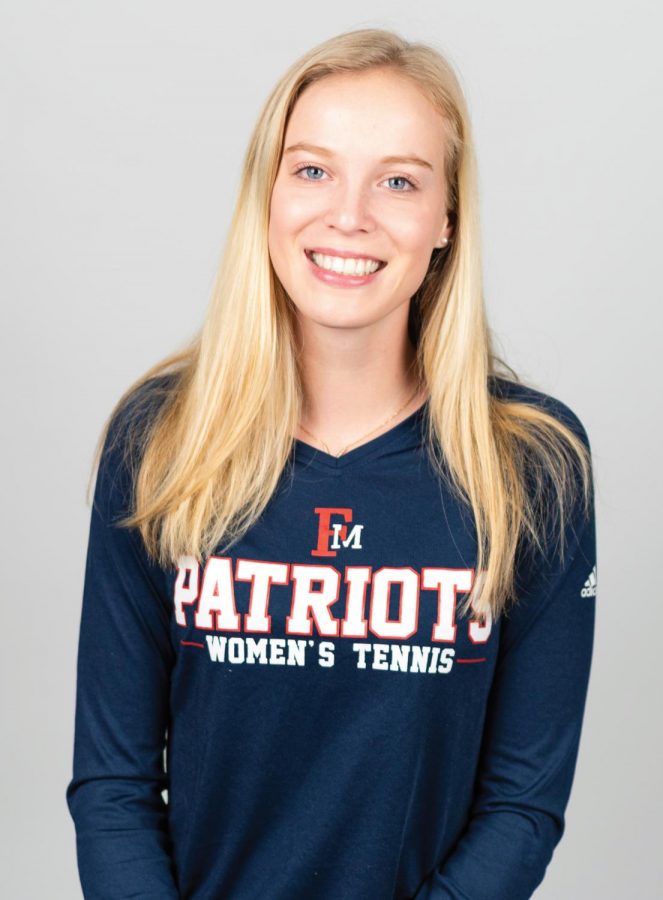 Zannier, originally from Belgium is glad she moved to America to pursue her college career.

Zannier, a sophomore mass communication major, grew up in Gembloux, Belgium, where academics were a priority over everything.

“It was not an easy choice to come here,” Zannier said. “I was leaving my family and living here eight months out of 12, but I came to America because I loved tennis and I didn’t want to stop playing just to go to college.”

Zannier said in her country you prioritize getting your degree before pursuing a sport.

“I loved tennis and I didn’t want to choose one over the other,” Zannier said. “I knew that coming to America would allow me to focus on tennis and my education.”

When Zannier was 12, she wanted to learn English, so instead of waiting to be taught, she started teaching herself and then two years later she started learning English in school.

“I wanted to understand the lyrics in American songs and I wanted to learn something new,” Zannier said.

According to Zannier, even though she had been learning English in school, it was still difficult in America at first because in Belgium she was taught proper English. When she arrived, she had to readjust to how everyone was speaking.

Zannier shared that the transition was very hard at first, but eventually, things became easier with the support of her new friends and teammates.

“My first week being here was really rough,” Zannier said. “I cried every day because I really missed my family and everything was completely different.”

Zannier said once she started playing and practicing tennis everything got better.

Zannier had discovered a passion for tennis when she was only five years old.

“I used to see my mom and my dad playing tennis when I was little,” Zannier said. “So I asked them, ‘Could I play,’ and I have been playing ever since.”

Zannier has two sisters who also play tennis. She said how it was fun growing up in an athletic family because she always had someone to play tennis with.

Zannier emphasized how different tennis is in America compared to Belgium.

“The biggest difference here is how much noise we make on the court,” Zannier said. “Here we have to talk and communicate with our teammates, but in my country, we had to be silent and we couldn’t talk at all.”

Zannier was an ITA Athlete Scholar in 2019 and posted a 12-7 singles mark as a freshman.

Although Zannier has a passion for tennis, she values education as her number one priority.

In 2019 she won the Peach Belt Conference Presidential Honor Roll and the Swampfox Athletic-Academic Honor Roll in 2018 for both the fall and spring semesters.

Zannier is also fluent in four languages. She said traveling to America was one of the best things she has done.

“I think everyone should travel and learn new things because of the experiences and friendships they gain,” Zannier said.