Patriots take the regular season title from the Braves 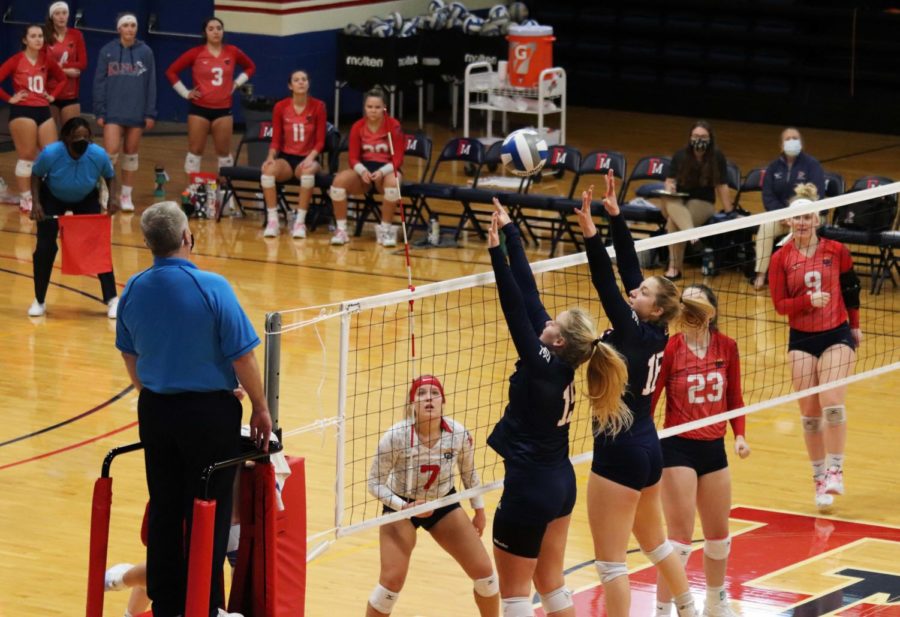 The FMU Lady Patriots’ women’s volleyball team concluded their regular season as champions, rallying against the University of North Carolina at Pembroke (UNCP) Braves in a 3-1 win at 6 p.m. on Wednesday, Nov. 10, at Pembroke.

FMU dominated the first two sets of the match with high hitting percentages that the Braves could not handle. In the third set, the Braves achieved an early five-point lead and kept the momentum throughout the game. The fourth set in the match was the most intense, with no significant leaning until around point 13, when the Patriots hit the gas. With four consecutive kills, three more kills after a UNCP point and then two blocks, the Lady Patriots secured their victory.

“It felt like everything we had worked for all season was coming together,” Gillespie said. “Getting to take down our rivals was a great ending to [our] regular season.”

The Lady Patriots fought hard during the 2021 season, securing a 15-2 conference record, a coup for the team after a 5-9 record the previous year in the Peach Belt. Their hard work earned them a triple-bye in the conference tournament directly to the semifinals.

“We dwelled on the win for that night but turned around the next day for weights and practice, with our next focus being on the conference tournament,” Gillespie said.

The women’s volleyball team is lined up to face Emmanuel College at 5 p.m. on Friday, Nov. 19, in Bristol, Tennessee, for the Conference Carolinas semifinals match. The match is open to fans but can also be streamed online through fmupatriots.com.