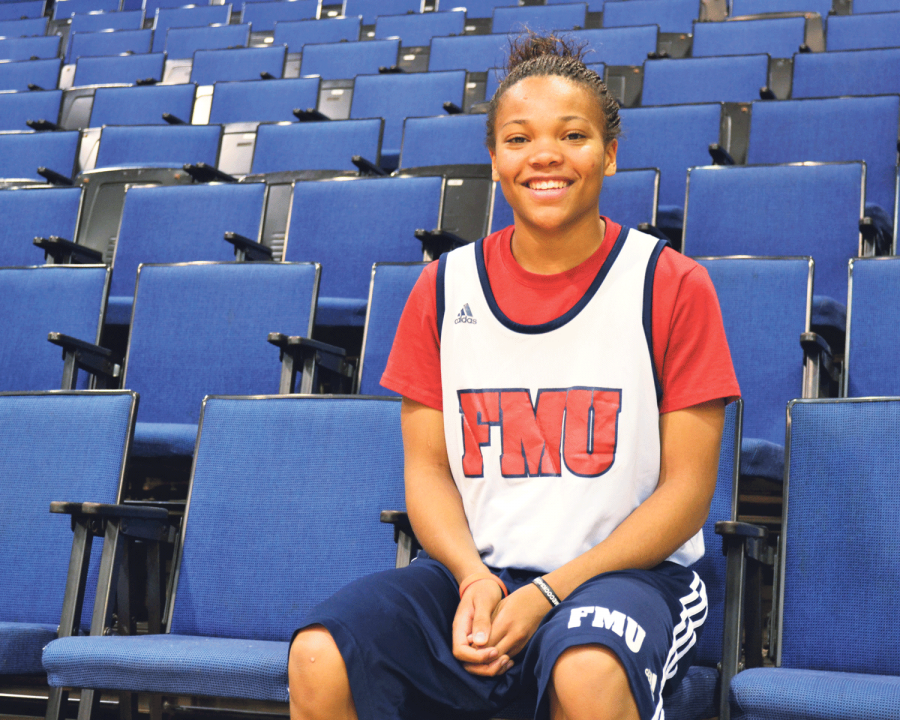 The 2011 season was a year to forget for the Francis Marion women’s basketball team. But after a 9-17 record last year, the 2012 campaign means new excitement and a clean slate for coaches and players, including senior guard Kristen Dickerson.

Hailing from Columbia, the business management major began playing for the Patriots her freshman year, under then Head Coach Heather Macy.

Dickerson explained her reasons for coming to FMU.

“I came to Francis Marion because I fell in love with the women’s basketball program,” Dickerson said. “I love the overall atmosphere of FMU academics and campus life.”

Though she did not start any games her freshman year, Dickerson did see time in eighteen games. In her sophomore campaign, she played in twenty-four games. Last season, Dickerson started seven games and averaged 6.1 points per game.

“I would say Kristen will have a breakout year for us,” Glusko said. “Kristen has been at FMU for the past three years and improved every year. She had a solid junior year campaign and we expect big things from her in the future.”

“This year, I plan on having a better year than my past three others combined,” she said. “I have very specific and high goals for myself, but I know that I can reach them because I’ve put in the necessary work to accomplish these goals.”

Dickerson also feels confident about this year because of her commitment to fitness and practicing her shooting.

“In the off-season, I do a lot of weightlifting and conditioning,” she said. “Outside of team workouts, I focus a lot on shooting consistency, so I put up a lot of shots after hours.”

The Patriots finished with a 4-14 conference record last season, good for only eleventh out of thirteen Peach Belt Conference teams. Dickerson will seek to win many more games as she leads the club this year.

“I have high expectations for the team, just like I do for myself,” Dickerson said. “I think with the team that we have, we can do really big things. I see us making it deeper into postseason play. FMU hasn’t had a basketball trophy in a while and I feel like the team we have this year is capable of doing that.”

The women’s team has earned a bid to the NCAA Tournament four of the past five years, but has not won the title.

This year’s team began practice this week, and Dickerson is high on her teammates.

“Even though we all have different experiences, backgrounds, personalities, and values, we all have a passion for the game,” the senior guard said. “We’re able to put all differences aside and come together as one unit to accomplish our team goals.”

While she has high hopes for her senior season, Dickerson looked ahead to what the future will hold after she hangs up her sneakers at Francis Marion.

“Ultimately, I want to coach at the high school level,” she said. “My father is a basketball coach, and his biggest values are in the individual skill development of an athlete. I feel like I would be glad to make a living out of helping other young girls reach their full potential and accomplish their dreams of playing college basketball.”

Dickerson and the Patriot women will start their season by traveling to Southern Wesleyan on November 9, with their first home game coming five days later on November 14 against Claflin University.