Graduate student to obtain his Master of Science in Nursing 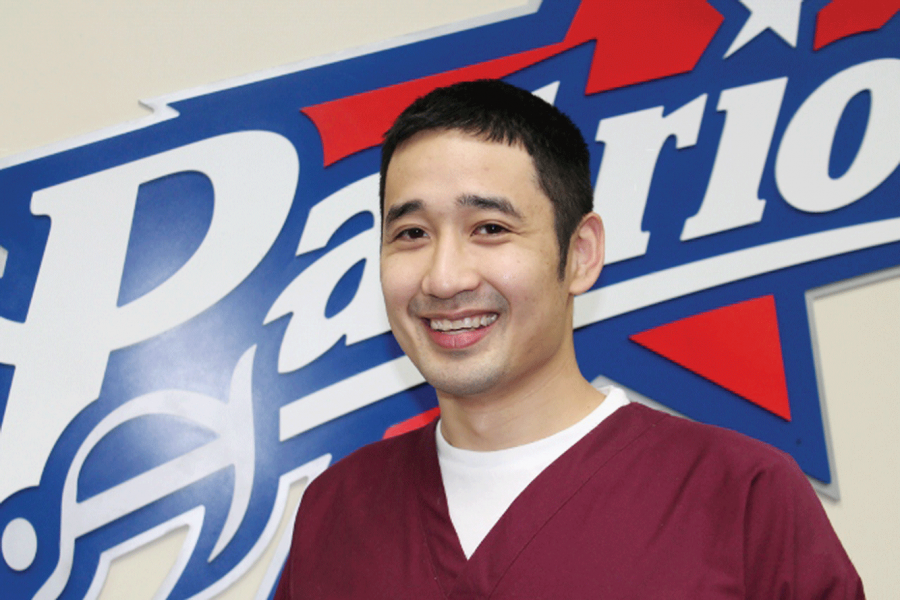 Plans continue to change for FMU graduate student Alfred (Alfie) Baens who thought he would earn a degree and go straight to work.

Baens, a South Carolina native, grew up in Columbia. He graduated from Cardinal Newman High School and is now attending FMU as a graduate student.

Baens comes from a family with a strong medical background; he says it was his family who inspired him to pursue a profession in the medical field. Baens chose to study towards a degree of psychology, which he earned at Clemson University.

Unsatisfied with his performance during his time at Clemson, Baens decided that he would try another field of study, which led him to FMU.

“I wasn’t ready for college the first time around,” Baens said. “I earned my degree but I was unsatisfied with my cumulative GPA. FMU viewed me as a whole, not only my GPA.”

In December of 2012, Baens graduated from FMU with a Bachelor of Science degree in nursing. On Dec. 27, he passed his state nursing boards.

Baens is now working towards a Master of Science degree to become a family nurse practitioner. Baens said this was not a part his plan as he wanted to graduate and pursue a career outside of South Carolina.

Dr. Ruth Whittmann-Price, professor of nursing and chair of the Department of Nursing, commented on Baens’ potential.

“This will be Alfie’s ticket to anywhere he wants to go,” Wittmann-Price said. “He did so well in his undergraduate and his leadership skills commended his entrance to the master’s program.”

Before coming to FMU, Baens worked with a child for a year and a half in a psychiatric hospital.

According to Baens, it was this experience that allowed him to discover one of his passions.

“It was [the psychiatric hospital] where I had my first encounter with healthcare,” Baens said. “It was there that I also learned how much I liked working with patients.”

Not only does Baens attend graduate school, but he also has a full time job in the Medical Intensive Care Unit (MICU) where he is a nurse. He has arranged with his employer time off on Wednesdays so he can attend graduate classes at FMU.

“I am so encouraged by Alfie,” Wittmann-Price said. He is often the leader of his clinical group. He often has the solutions to problems and aides in the enhancement of his peers’ performance.”

Baens said he is not sure of what he will do after graduating from the master’s program, but has many options available to him.

“I’m just taking it one step at a time.” Baens said. “But I have thought of teaching part-time.”

Dr. Wittman-Price commented that there is a national shortage of medical educators. She said she would love for Baens to return to as a part-time professor who assists nursing students during their weekly clinical.

“I love watching novice nurses grow into professional nurses,” Wittmann-Price said. “Having Alfie back to work alongside of would be a pleasure, as he is also a great teacher.”