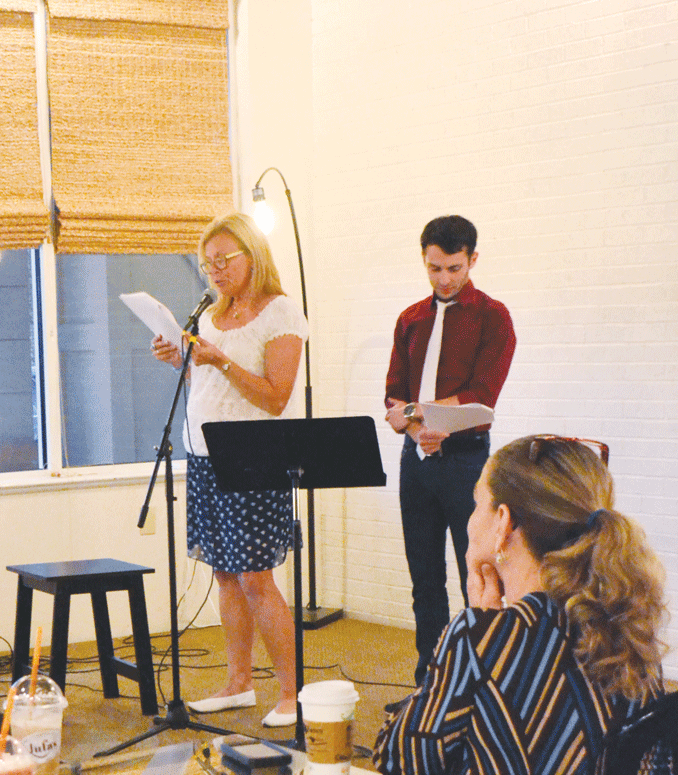 The debut reading of the spring edition of the Snow Island Review was held Tuesday, April 9 at Lula’s Coffee Shop to showcase the writing talents of Francis Marion University (FMU) students.

The student-produced literary magazine is published once a semester and features written submissions and artwork.

This semester the Snow Island Review received 96 submissions, including 15 artworks and 81 written pieces. Editor of the publication Shanae Giles, junior English-professional writing major, said she was proud of the amount of support the magazine has received.

“Snow Island Review is a way to demonstrate the literary talents of our students through a tangible product,” Giles said. “It is a creative outlet that translates into the real world.”

Matthew King, senior political science major, was in attendance and said he enjoyed the performances.

“I was surprised at how much I enjoyed myself,” King said. “I’m not usually a fan of poetry, but the students did an excellent job with their pieces.”

“The reading of the Snow Island Review entries at Lula’s was awesome,” Balutis said. “The atmosphere was relaxed, and the variety of authors that presented truly made you hear the voice behind their writing.”

“The best way for students to support the Snow Island Review is to get involved,” Tuttle said. “Find your voice and use it.”

According to Giles, the turnout for the reading was substantial and included a variety of students and community members.  Giles said she hopes the community will continue to be involved and support of the publication.