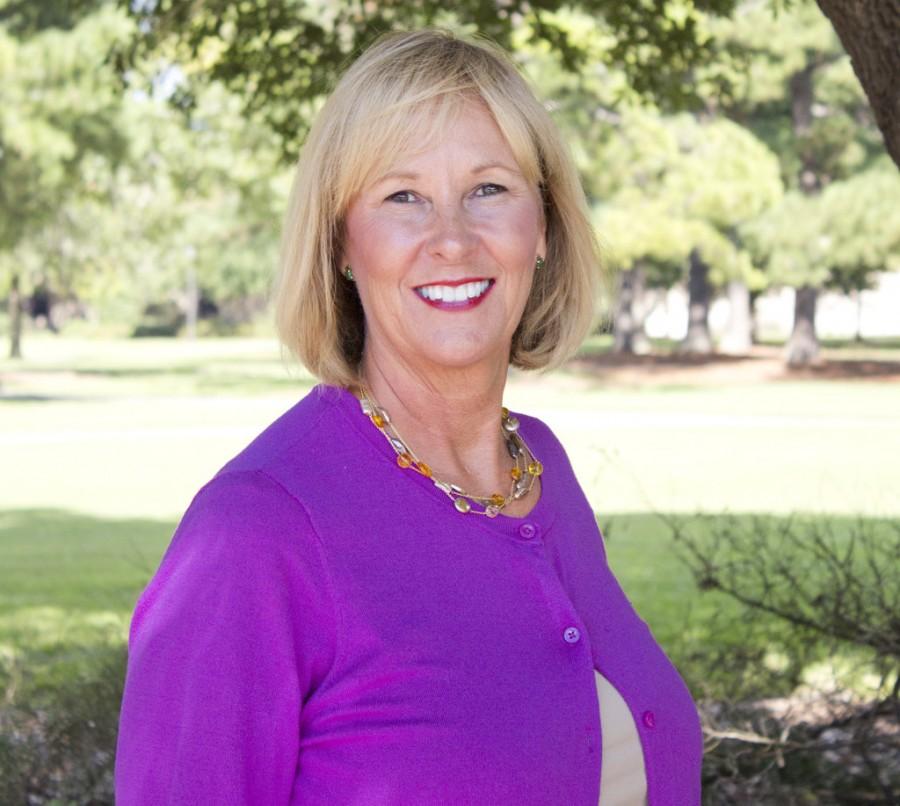 Dr. Kay Lawrimore Belanger, MBA director, N. B. Baroody Professor of Marketing who once attended Francis Marion and is now back as a teacher has spent years of her life within the walls of Francis Marion University.

Belanger received her Bachelor of Science from Francis Marion College (now FMU), where she majored in political science and business. She went on to receive her masters of business administration (MBA)  and doctorate in business at the University of South Carolina.

“They were still building the library when I first visited FMC with my high school and I was here when they planted all the trees,” Belanger said. “I played basketball and received a letter from FMC.  Not many faculty members can say that.”

Belanger taught her first course in marketing in 1979 and joined the FMU faculty full time in 1987.  She currently teaches courses in Consumer Behavior, Principles of Marketing, Marketing Management and the marketing course in the MBA program.

“I came to Francis Marion to study to become a high school math teacher,” Belanger said. “I think I always wanted to be a teacher; I just took it to another level with university teaching.”

According to Belanger, she was always interested in business and marketing because she was intrigued with how companies got customers to make a purchase.  She now utilizes her skills to teach students those strategies.  Belanger said that she loves the look on the faces of her students when they begin to understand new information.

“My marketing students complete projects for clients, such as Pet Beds and Simple Suppers,” Belanger said.  “The students analyze businesses and help them come up with marketing and sales plans. They also helped design the new logo for the Pee Dee Thrift store down on East Palmetto Street.”

Belanger also said that she was once interested in politics and the building of political campaigns.  She said that her original career goal was to be a campaign manager for a politician.

“My freshman year I took a class taught by Dr. Neil Thigpen called Political Parties,” Belanger said. “It was primarily about how a campaign manager develops a strategy that helps get a politician into office.  That just intrigued me.”

Belanger has received several awards during her time at FMU, including the Outstanding FMU Alumni Award and the Outstanding School of business Award.  This past April, she was awarded the title of Distinguished Professor, which is the highest honor to be bestowed on a faculty member at FMU.  According to Belanger, a committee of students and past recipients decides who gets the title.  Belanger said that she was pleasantly surprised when she was announced as the recipient of this year’s award.

“The whole process is very secretive, so I had no idea I was receiving the award until the banquet,” Belanger said. “Then they started describing this person and I was thinking, ‘this does sound like me’.  There are so many professors on this campus that deserved it so I just truly felt honored.”

Belanger said her favorite aspect of her career at FMU is her colleagues.  She said that she works every day with some of the most amazing people.

“There are a lot of fantastic people working here,” Belanger said.  “They are creative, they’re stimulating, and they challenge me to become a better professor.”