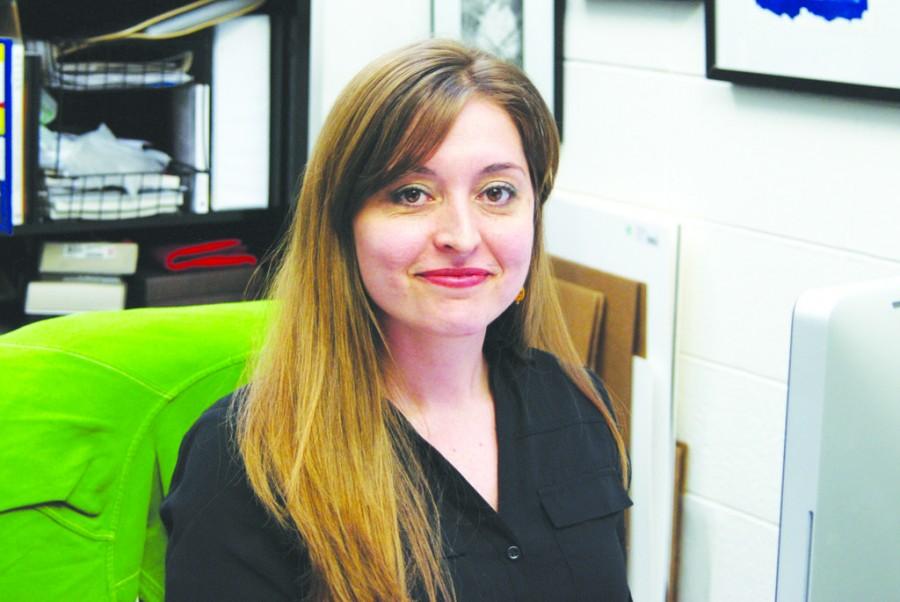 Mixon, assistant professor of visual arts-photography, has been employed at FMU for a little over two years. Mixon, who contributed four works from two separate projects to the exhibit, said that she likes to create images by photographing landscapes and then using non-traditional methods of enhancement.

“The images chosen for the faculty exhibit represent the results of photographic techniques used to alter the landscape,” Mixon said. “While the camera offers the capability to record spaces as they are, I prefer to utilize the camera, often along with post-processing techniques, to transform the landscape.”

Of the four images Mixon created, she said that her favorite piece is an altered photograph of a giant tree that she entitled “Delayed Respite.” According to Mixon, she created the rather large image by taking a photograph, developing it, scanning it into her computer, and then using her computer to manipulate its appearance. The purpose of those manipulations is never to “fix” an image, but rather to enhance it. Mixon said that she definitely considers herself to be an artist who enjoys the process of making art.

“The image [of “Delayed Respite”] was taken with a $30 plastic camera, while the others were taken with a $3000 camera,” Mixon said. “The equipment does not have to be expensive; the artist should just be dedicated.”

The smaller two images featured in the gallery, according to Mixon, were taken while on a trip to Bodie Ghost Town.  She said that in order to photograph the Californian ghost town, she had to get a special permit. Mixon added that she had to use several techniques and long exposures to collect the images due to the lack of light. For example, in her work entitled “Centuries Perch, Bodie Ghost Town,” she needed to use light painting.  According to Mixon, this is a technique which uses flashlights to brighten certain parts of the scene. In the other work captured at Bodie Ghost Town, Mixon said that she was able to catch star trails.

“If you leave a shutter on for more than 13 seconds at night, you can see star movement, and in one of the images the shutter was left on for four minutes,” Mixon said. “I think that it is amazing that the camera can show humans things that we cannot see with the naked eye.”

Mixon explained that she discovered her love of photography in high school by playing around with her parents’ camera. Having never taken any art classes at the small Christian high school she attended, Mixon said that she pretty much took over their camera after deciding that she enjoyed it. Mixon took photography at Barton College in 2000 and later went on to receive her Master of Fine Arts in Photography from East Carolina University (ECU). Mixon said that she found her penchant for teaching photography at ECU.

All four of Mixon’s works are priced for sale and they can be viewed in the Hyman Fine Arts Center (FAC) Monday through Friday from 8:30 a.m. to 5 p.m. The exhibit is free to the public and will remain available until Feb. 27.