Jadia at the Movies: Summer’s box office hits are Marvel-ous 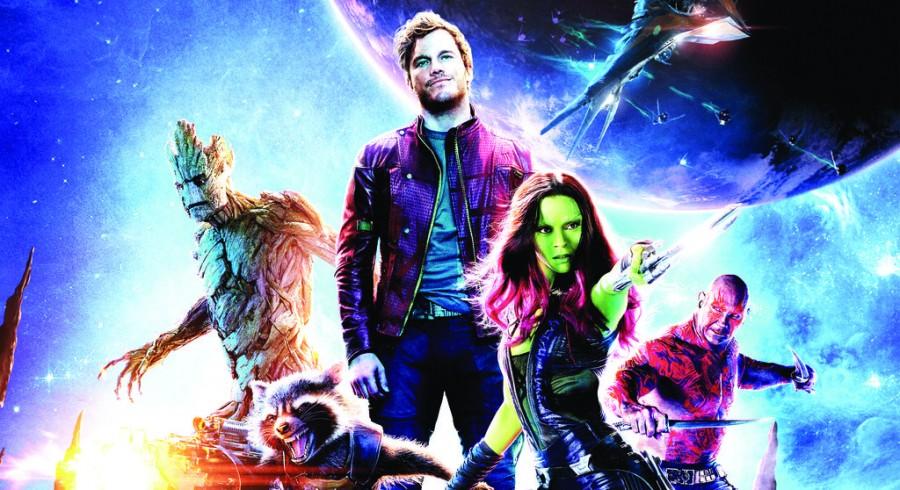 It’s been a Marvel-ous summer, eh? Of course I’m a big Marvel fan, so I was promptly at the theater on August 1 to see the premiere of “Guardians of the Galaxy.”

Peter Quill (Pratt) is essentially a space junker, meaning he finds things on various planets to sell for money. While on the planet Morag, Quill steals an orb, and after escaping an ambush, escapes to try and sell the orb on the planet Xandar. Quill is ambushed yet again by an assassin named Gamora (Saldana), who is sent by the evil Ronan. Ronan, played by Lee Pace, is hell-bent on destroying all of Xandar life.

The fight between Quill and Gamora attracts a pair of bounty hunters known as Rocket (Cooper), a genetically engineered Raccoon, and Groot (Diesel), a tree-like humanoid. The group is soon arrested by the Nova Corps, and taken to the Kyln. Drax (Bautista), a powerful inmate, tries to kill Gamora because of her association with Ronan, but is persuaded not to when Gamora reveals that she’s betrayed Ronan, and Quill insists that Gamora can bring Ronan to him. Cue this motley group’s race through space.

Fun fact, Vin Diesel walked around on stilts on set to get into his character. It’s a stretch to imagine that after the copious amount of car chases we know him for.

I bet you’re probably thinking, “Wait, what about an after-credits scene?” Oh, my readers, don’t despair, those loyal fans who know to sit through those annoying credits weren’t disappointed. Focusing on Benecio del Toro’s character, viewers are treated to a blast from the past. Now, I won’t give away the scene, because that’s part of the fun of watching a Marvel film.

Overall, “Guardians of the Galaxy” was a fun movie. Packed with action, endearing moments and amazing effects, it definitely was one of the better films of the summer season.  It’s great for kids and adults alike, especially if you’re a fan of the original comics, talking trees, cyborg raccoons and some allusions to the Star Wars franchise. With that said, on my Most Awesome Rating Scale, “Guardians of the Galaxy” aptly deserves an 8 out of 10.