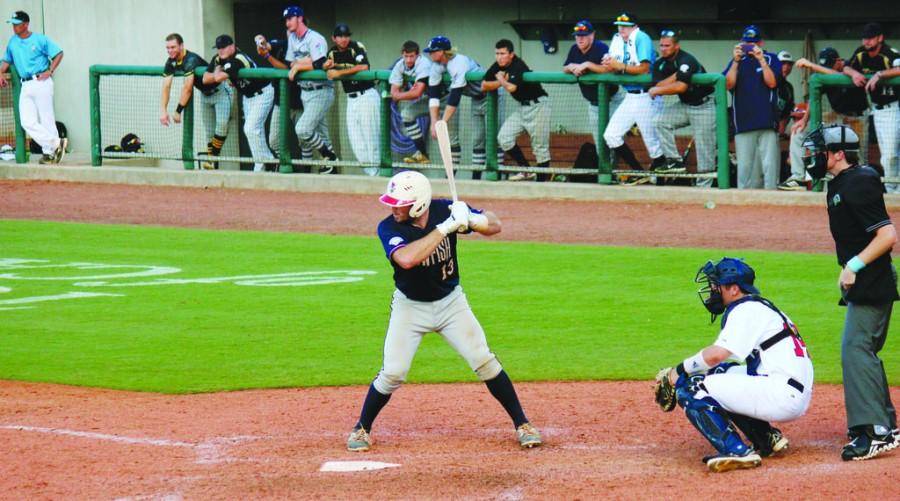 As both catcher and third baseman for the Francis Marion University (FMU) Patriot baseball team, J.D. Crowe was selected to play in the Coastal Plain League (CPL) All-Star Game, which was held July 14 in Morehead City, N.C.

This summer, Crowe found a spot on the roster for the Columbia Blowfish, where he appeared in 52 out of 56 games.  In those appearances, Crowe hit for a .368 average to help him achieve the most runs, as well as hits on the team: 34 and 64, respectively.  Crowe also had the squad’s second most RBIs with 25.

To earn his spot on the All-Star lineup, Crowe received votes from CPL fans.  In just 24 hours over 3,000 people voted, selecting Crowe, along with four other players, to the west all-star squad.  Crowe was both a utility player and a reserve designated hitter in the west’s 7-5 victory over the east.

Prior to the All-Star Game, Crowe was first chosen to catch for the CPL Select Team.  This team was formed specifically to take on the USA Collegiate National Team in June.  In that matchup, the Select Team fell to the National team, 2-4.

This was the second time Crowe was chosen as a CPL All-Star.  The first time was in 2012 when he played for the Florence RedWolves. During that time he complied a team-high batting average of .316 as well as nine doubles, a triple and 16 RBIs.

Before becoming a Patriot, Crowe played at Auburn University where he appeared in 13 games during the 2013 season.  Crowe then transferred to FMU where he produced eight runs, 12 hits and 10 RBIs in just nine games.