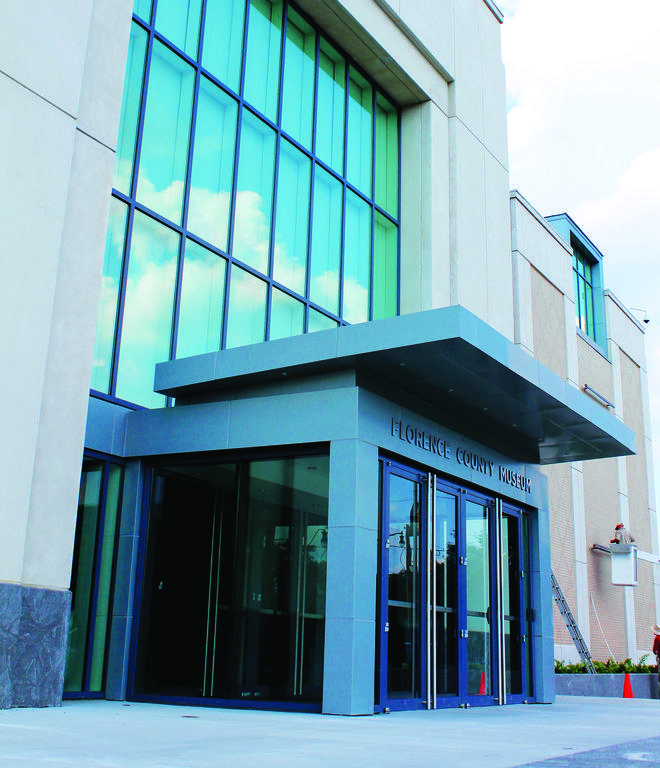 After nearly eight years of development and more than a year of off-season preparations, the Florence County Museum will re-open to the public on Oct. 11 in their new 28,000 square-foot building in downtown.

The museum, located at the intersections of North Dargan and Cheves Streets, will begin the grand-opening weekend on Oct. 10 with a “first look” gala, and continue with a ribbon-cutting ceremony for the general public the following morning at 9 a.m.

Museum Curator of Education Kim Groom said admission to the museum will be free anytime of year and that this facility is an extraordinary addition to Florence and the surrounding areas.

“This is a huge cultural investment for Florence,” Groom said. “And it’s really exciting to see something of this magnitude happen here.”

Jon Meacham, executive editor and executive vice president of Random House Publishing, will be the keynote speaker at the grand opening ceremony. Meacham is the former editor-in-chief of Newsweek, a contributing editor to Time Magazine, editor-at-large of WNET and a contributor to several other nationally recognized publications.

He is a renowned commentator on issues of American politics, history and religion; he won the Pulitzer Prize for Biography in 2009 for his work, “American Lion: Andrew Jackson in the White House.”

All grand opening events are open to the public and museum doors will open at 10 a.m.

The museum was funded by the State of South Carolina, Florence County and the Drs. Bruce and Lee Foundation, and comes on the wings of Florence’s efforts to revitalize their downtown culture. Officials say the total cost of the museum will be around $11.7 million. The county of Florence is providing $4 million, the state an additional $3.9 million and Drs. Bruce and Lee Foundation Board of Trustees and other area investors are provided substantial grants as well.

In the past decade, Florence has renovated and expanded downtown with projects such as the Bruce and Lee Library, the renovation of the Florence Little Theater, addition of the FMU Performing Arts Center, installment of the Art Trail Gallery and attraction of several restaurants or coffee shops.

In 2013, the museum faced the decision to either upgrade their old facility or begin to process of requesting a new space.

“We moved from around 5,000 square feet of exhibit space at our old facility on Spruce Street to close to 30,000 square feet here,” Groom said. “One gallery here is almost as large as our entire old facility. So that’s a pretty substantial upgrade.”

The museum houses four exhibit spaces; two exhibit spaces are permanent historical installments and the remaining two will house exhibits that change on a quarterly, bi-annual or annual basis.

The permanent exhibits include “The Pee Dee History Gallery,” which is a survey of the Pee Dee region dating from pre-history to the modern era. This gallery will also feature an interactive touch-screen learning table that will allow visitors to digitally swipe through history.

The downstairs exhibit, named “The Community Gallery,” houses significant relics from the area and will highlight important figures and events in Florence’s history.

The new exhibit spaces were designed by world-class, award winning designers from HaleySharpe Design, to give the museum a state-of-the-art persona.

“It’s a pretty big deal and I think people will be surprised by the caliber of this facility,” Groom said. “By that, I mean people will walk in and feel like they’re not in Florence, South Carolina anymore.”

Beginning on Oct. 11, the Florence County Museum in downtown will be open weekly from 10 a.m. to 5 p.m.