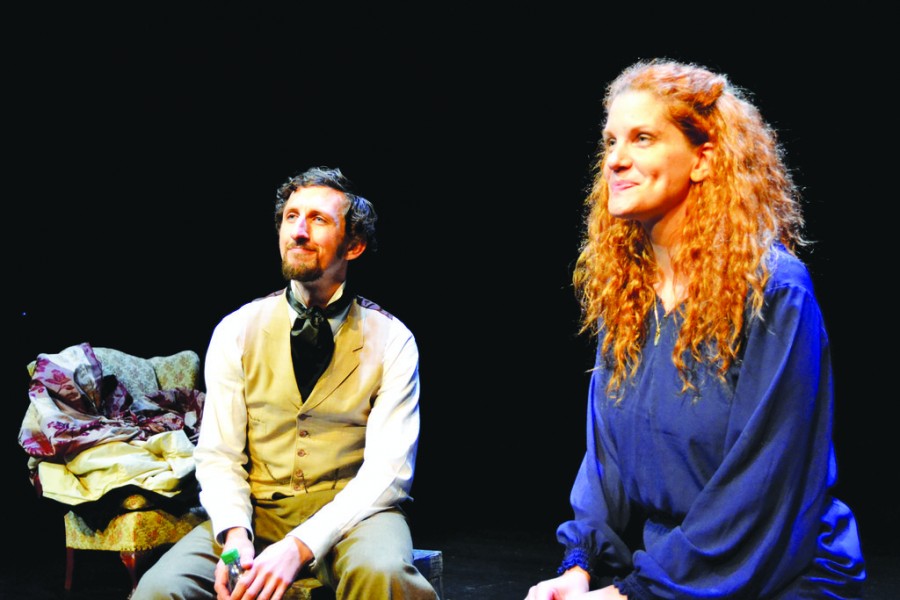 The concept for the play came when Lundberg was in England and heard the story of Rossetti and Siddal. The process for the script began nearly fifteen years ago and was first staged with the cast was two years ago in New York City (NYC).

Muse premiered at a festival in NYC in the middle of September before beginning its tour around the country and making its first stop at the FMU Performing Arts Center (PAC).

Preparations for bringing Muse to FMU began about a year ago when Lundberg had lunch with her mother and other members of FMU’s faculty, including Dr. Jon Tuttle, director of the Honors program.  Tuttle and Lundberg partnered with the English department, the Provost’s office and other departments to present Muse to the student body at FMU.

“Rounding up the money was the hardest part,” Tuttle said. “There were several [funds] I could dip into [including] the Artists and Lectures Series.”

After gathering the funds, the next step was finding a fitting location, and the PAC was a perfect match.

The production featured Lundberg as Elizabeth Siddal and Greg Pragel as Dante Gabriel Rossetti. The audience was filled with FMU students, faculty and members of the community.

“[It] was absolutely packed,” Tuttle said. “The acting was phenomenal. [Muse] was really quite remarkable.”

Following the play, the audience members had the opportunity to participate in a question-and-answer session with Lundberg and Pragel.

“I was really proud of FMU students,” Tuttle said. “They showed up in great numbers, they comported themselves well and they listened very carefully to very good writing.”