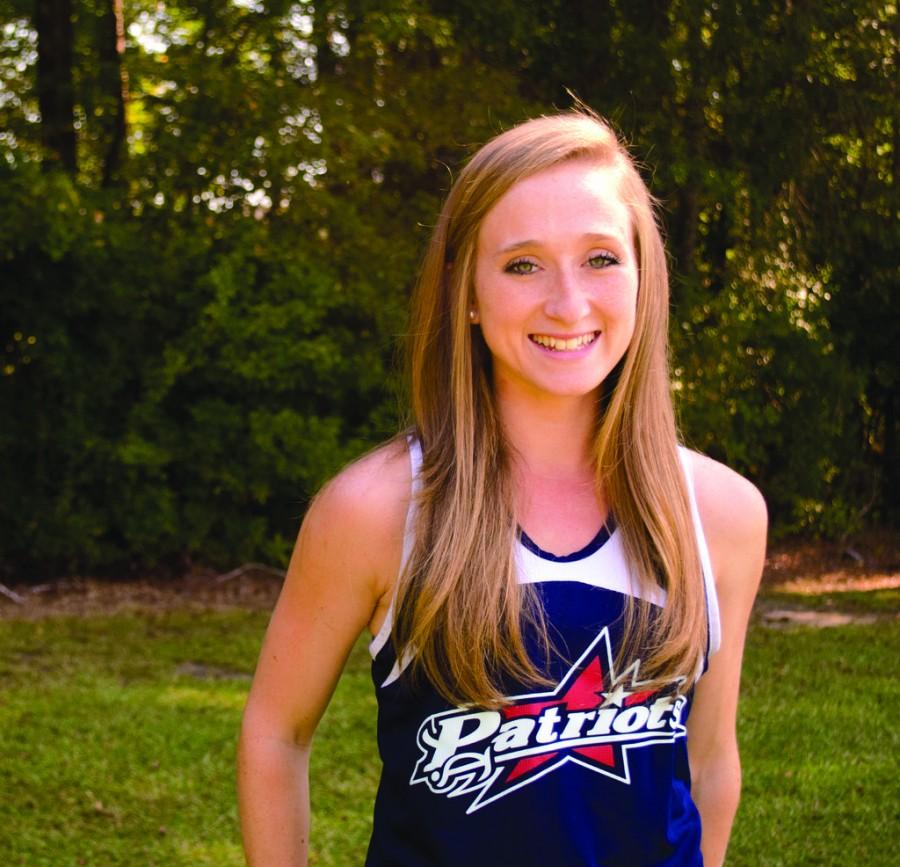 Meagan Wright is just another ordinary girl. She loves hiking in the mountains, hanging out with friends and watching movies. She currently lives at home with her parents and her three younger siblings. Really the only thing that sets apart this seemingly average Francis Marion University (FMU) student is that she has a twin sister.  That, and the fact that she just recently made FMU history is a pretty big deal as well. After all, how many people can honestly say that they have made it into the record books?

Wright is a junior majoring in psychology and she plans on being a child counselor after graduation. Wright just so happens to also be a cross country superstar. She has led the Lady Patriot’s cross country team by being the first woman from FMU to cross the finish line in both of the previous two meets. She led the entire pack and placed first out of 99 runners in the Patriot’s first five-kilometer meet of the season at Barton College early in September. She finished with an outstanding time of 19:34.21. Wright was the only runner to finish with a time under 20 minutes. In the second meet of the season, Wright broke a FMU school record for a six-kilometer race, with a more than impressive time of 22:58.45.  The previous school record was 23:46.36. Not only was this Wright’s first six-kilometer, but she was extremely humble about breaking the record.

“Honestly I didn’t know I broke the record until the following Monday,” Wright said. “I just thought this is cool because it was my first 6k.”

“I just think about things,” Wright said about why she loves running. “If I’m having a bad day then I focus on the bad things for a little while and ultimately it is like a meditation and I just pound it out.”

Wright loves to run cross country and says she is always up for the task of juggling school and athletics. Not only I she a superstar on the trail, but in the classroom as well. She was just recently named FMU student-athlete of the week.

Meagan Wright might seem like just an everyday girl, when in fact ordinary doesn’t describe her at all. Extraordinary is a much better word to describe the girl behind the record-breaking performance. Whether she is studying for class, or flying around the cross country course, Wright is constantly trying to improve and better herself in every way possible; a trait valued highly in every student-athlete.