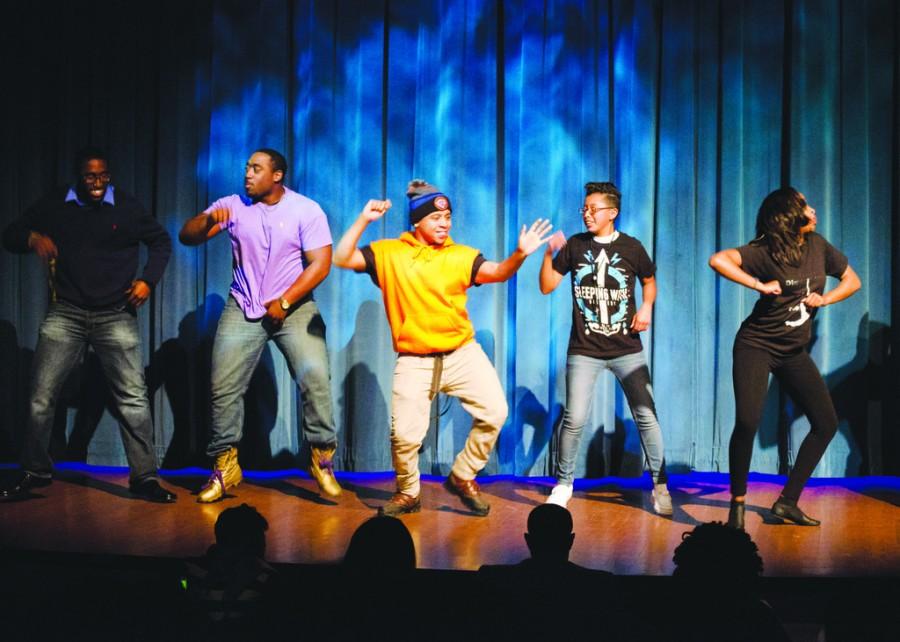 NPHC was established during the age of racial segregation and disenfranchisement of the early nineteenth century. It is an umbrella term that encompasses all of the Black Greek letter organizations (BGLO’s) and was founded in 1930. The founding members of the National Pan-Hellenic Council are: Kappa Alpha Psi, Omega Psi Phi, Alpha Kappa Alpha, Delta Sigma Theta and Zeta Phi Beta. The organization later expanded to Alpha Phi Alpha, Phi Beta Sigma, Sigma Gamma Rho and Iota Phi Theta.

This is the third annual Apollo Night Talent Show. This year’s show took a unique twist from the traditional Apollo Night, and it was all thanks to the contestants. Nine contestants lit the stage with their talent and energy Thursday night. There were quite a few singers, dancers and poets that brought a unique twist to their own acts. Along with the contestant’s performance, the Dimensions of Diversity dance team performed an exquisite intermission show in between the acts. Laced with crowd interactions and Greek stroll, this was surely a night not to be missed.

“The crowd has fun and I have fun with the crowd,” Douglas said. “Even though we didn’t do the mock shows like usual, we still allowed it to be a talent show.”

The panel is composed of six judges, one from each organization – a graduate of the chapter, an advisor, or a member of the organization – who judged the contestants performance. The contestants are scored from one to five based on each category. A few of the categories each participant was scored on are skill, difficulty, and overall performance. Once the judges are finished scoring each category, the scores are tallied and a winner is chosen. As an added bonus there is a People’s Choice Award given to the participant with the best audience approval.

This year, the top three contestants were Jordan Branch, Justin Scott, and Toni Rhone. Jordan placed in third place with his exciting dance routine. Justin Scott entertained the audience (especially the ladies) with Spoken Word earning him a cool second place. Yet it was Toni Rhone who stole first place, along with People’s Choice Award, with her superb singing rendition of “The Worst” by Jhene Aiko.

The Apollo Night Talent show is open to any student that is interested in performing. What was once considered a window into African American culture has become much more. It’s now become an activity for anyone and everyone from all cultures and background. People can come to the event to share and explore their different talents with other people, along with their different cultures. Needless to say this fairly young signature event is very distinct to the National Pan-Hellenic Council.

“As long as students want it and keep coming out and volunteer for it, we will keep having it,” Douglas said.