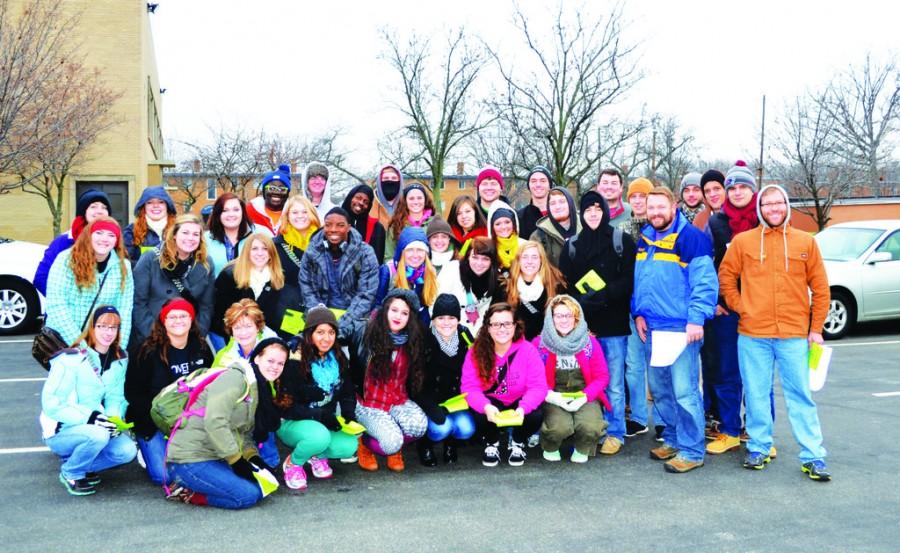 From Dec. 11-17, students worked with local church plants throughout the Greater Cleveland area. The students were split into four teams, Gateway West, Forward, Ethnography and Testimony, and paired with the pastors and leaders of these churches to assist with the growth of the churches.

Kennon Strowd and Hannah Fazio were two FMU students who participated in the Cleveland trip.

“[With] Forward Church, my team constructively worked on the inside of the church by decorating and cleaning out trash or unwanted items,” Strowd said. “We also helped the community with projects such as providing food and assisting [a family] in the packing and unpacking process of moving.”

In addition to the work students did with their individual groups, the entire mission team came together with Gateway West church plant to put on a winter festival for the community as well as going door-to-door throughout the surrounding neighborhoods to hand out flyers about the festival and additional information about the new church plant.

The team assigned to work with Gateway West helped the members move the church into a new building vacated by a different church. Gateway West previously met in the auditorium of a local elementary school.

“[Gateway West] had one week to clean out the stuff from the other church and start meeting at their new location,” Danford said. “We cleaned, cleared out stuff, painted, moved out two pianos, moved in Gateway’s stuff [and] prepared the children’s area for kids.”

Students also had the opportunity to interact with members of the community throughout Cleveland with their teams or in small groups during free time.

“One day while surveying with the Ethnography team we came across a Hispanic Christian book store, so we went in to meet the owner,” Fazio said. “His name was Luis, [and] we talked to him for about a half hour. Before we left, we prayed with him and during his prayer he thanked God for his new family he had found that day; us! It was just so encouraging to talk with
someone who was so accepting of our ministry.”

Each time the students left Liberty Hill Baptist Church, the church hosting the Cleveland team for the week, they were challenged to interact with the community, meet people, and let them know that someone cared.

“During our free time, a small group and I went to McDonalds,” Strowd said. “While we were there, I saw a homeless man walking in the street. I invited him to come eat with us and he did. We had a long conversation while he enjoyed his food. He is the last of his family that he knows of and he seemed to have a case of Alzheimer’s disease. It was a true eye opener to see a man like this. He taught me that I am truly blessed to have what I have and I continue to pray for him every night.”