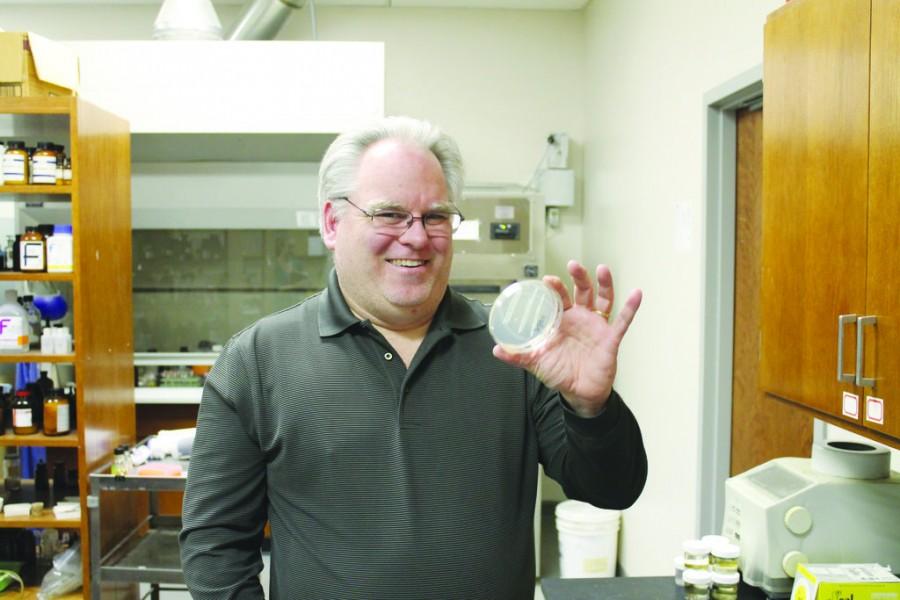 Professor of biology, Tim Shannon, has been dedicated to the field of biology ever since he could walk.

Shannon embraced his science courses throughout high school and in college.  As an undergraduate at Western Kentucky University, he focused on recombinant gene techniques and pursued his master’s degree in biology.  He received his Ph.D. from Ohio University in molecular and cellular biology.  It was during his time as a graduate student that he began teaching and realized that was how he wanted to use his degree.

“I realized I enjoyed teaching more than I thought I would,” Shannon said.  “I definitely loved it more than research.  The two years I spent doing my post-doctoral research work were the worst years ever.  I love teaching so much because it lets me relay knowledge to others and help them answer the ‘hows’ and ‘whys’ of things.”

Shannon began teaching at FMU to get a feel for the profession before moving on to another school in the Midwest.  However after only a few months at FMU, he was convinced this was the only place he wanted to work. Shannon gave credit for the university’s success to FMU President Dr. Fred Carter for creating and developing a community of faculty that focuses on educating the students of South Carolina. He said that FMU has an atmosphere that makes working easy.

“The faculty at FMU is the best around and the easiest to work with,” Shannon said.  “That is what convinced me to stay here until I retire.  Everyone gets along well and respects each other.”

Outside of the classroom, Shannon is a devoted husband and father, a sports enthusiast and a geocacher.  He enjoys spending time with his family and has began officiating his two daughters’ swim meets so that he can be involved instead of watching from the sideline.  Shannon takes pride in his family, claiming that his greatest accomplishment in life is having two beautiful daughters that are well-adjusted, well-behaved, happy young people.

In addition to cheering on his kids, Shannon said he also enjoys watching baseball and basketball.  As a Chicago Cubs fan, he joked that his dream career would have been to be the second baseman for the Cubs.  Either that or he would have liked to have been an “NBA superstar.”

Shannon also geocaches, which allows him to combine two of his favorite things: outdoors and quality family time.  Geocaching is using GPS to find objects hidden all around the world.  Geocaching has taken the Shannons to 13 different states and collectively they have found 890 different geocaches.

If he is not officiating swim meets or searching the globe for hidden treasures with his family, then Shannon can be found in the classroom giving first generation college students advice on how to succeed in college.

“The key to college success is working hard and studying every day,” Shannon said.  “It isn’t easy to gain knowledge but it isn’t impossible.  Students deserve an education, and if they work hard at it, they can achieve anything.”